It's Money that Matters—The Counterfeit Game 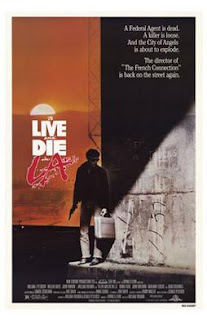 In 1938, as the United States slowly began to emerge from the Great Depression, Emerich Juettner, a junk dealer by trade, passed his first counterfeit bill. With a family to feed and no steady income, the widowed Juettner passed 12, $1 and $5 notes for consumer goods around Manhattan. He would do so for ten years.

The most counterfeited document in history

The United States paper currency, (aka the greenback) is estimated to be the most counterfeited currency ever circulated. But counterfeiting goes back much further than the United States. The first use of coinage in the west dates to 600BC, in Lydia, (current day Anatolia/Turkey). Almost immediately men began counterfeiting the coins by clipping the silver edges off of coins to melt down and mint new coins.

Even in Saturday-morning cartoons the money is funny…

Another method of counterfeiting involved taking the clipped edges and using the gold or silver to plate base metal (lead). The process would continue for centuries after inception. In fact if you are of a certain age, (means “old”) you’ll remember Underdog as his alter-ego, Shoeshine boy, biting the coin flipped to him by a customer. He bit the coin to verify it was real.

Don’t try this at home

Aside form being filthy, modern coins will damage your teeth. Or, you know, so I’ve been told. There’s also the fact that most modern coins contain no precious metals. The currency is backed by the confidence in the issuing nation. It’s why the dollar is so highly regarded. The U.S. has never defaulted on a loan nor has it ever debased/devalued the currency.

By the 13th century, China had introduced paper money. Two important features that would be continued for centuries:

Only paper from a specific tree was used to produce Chinese currency. The forests where those trees grew were heavily patrol to prevent anyone from poaching timber to make their own paper. We’ll address this more shortly.

Secondly the Chinese treasury cautioned—on the currency—that counterfeiting was punishable by death. This warning, in one wording or another, would remain a common practice around the world as more cultures adopted paper money. In fact, as the American Colonies issued paper money, Philadelphia printer Benjamin Franklyn included the statement “to counterfeit is death” on every note.

First, your neighborhood grocer buys oranges by the case. Based on volume, we’ll say he pays a nickel per orange. He sells the oranges (again, hypothetically) for a dime. AWESOME, HE JUST MADE 100% PROFIT or a full nickel return on his nickel investment.  Except he didn’t. When you counter in the rent for his store, lights, payroll, and a whole bunch of other things, he made about 2¢ on that orange. But if some moron buys that orange with a dime made in someone’s basement, the grocer lost 10¢ (5¢ for the orange, 3¢ lost revenue to make the rent, etc. and the 2¢ profit). And all of that is saying the bad guy didn’t pay for that orange with a fake quarter, in which case the grocer lost all of that above as well as 15¢ worth of genuine currency given in change. Most businesses exist on tight margins. A large enough loss and the business will fold.

Secondly, currency is a nation’s lifeblood. Certain nations have established histories of manipulating their currencies, (China, Saudi, et al). Other nations are prone to intense economic pressures that devalue their currencies through inflation or external manipulation, (prior to admission to the EU, Greece was just such a country). What that means is that day-to-day, you could not buy the same amount of bread with the Greek Drachma as you now can with the Euro, (common currency across the European Union). As a kid in Texas, I remember trips to Mexico border towns in the 1980s where local merchants didn’t even accept Pesos. They wanted dollars.

That is the reason why counterfeiters have traditionally (prior to the 20th century) been executed. The were not just criminals ripping off merchants and citizenry. They were often committing treason against their home nations or if counterfeiting in another nation, they were considered agent provocateurs, sewing conflict by devaluing the currency.

But if you already got the money for the paper and the press…?

In previous writing, I’ve stated that counterfeiters are freaks. I stand by that assessment. The average stickup kid, car thief, or sneak thief does so to satisfy a need, either economic or pharmaceutical. Bank robbers, burglars, and arsonists tend to have some sexual disfunction thrown in to the psychological mix but different story, different time.

Bank robbers usually have graduated from sticking up gas stations or liquor stores. Stickup guys usually move up from muggings. In the drug game, the lookout becomes the pass-off, becomes the runner, becomes the drug cook. Usually there is a prison stint in there somewhere and that’s the real school for criminals.

Frank Bourassa is considered the most successful (based on volume) counterfeiter in history. He printed $250mm. Bourassa had previously owned a factory producing car parts but he said the stress began to impact his health. From the sale of his factory, he bought a $100,000 color press, $40,000 in custom paper, (no, you can’t do this with heavy bond from Office Depot) and a rented workspace with no questions asked.

In short, Bourassa had options. So why did he do it? In an interview, Bourassa said while he still owned his factory, (working 20 hours a day and suffering all the effects of a high-stress life) he sat a traffic light and wondered what it was all for. Of course, he realized it was for money. That was when he decided to make his own. Literally.

In 1948, ten years after he passed his first $1 bill, Emerich Juettner decided to exit the counterfeiting game. He moved his press to the curb for heavy trash collection. A heavy snow covered everything over and the workshop debris was never cleared. Once the spring came, snow thawed to water which destroyed the boxes he had everything packed in and kids found some of Juettner’s $1s.

Juettner faced a life sentence but due to his age, (71) he was sentenced to 1 year and 1 day and a $1 fine. Juettner lived his remaining years in crime-free anonymity, dying at 78. Still, the U.S. Secret Service (enforcement arm of the U.S. Treasury) attributesdthe explosion of 20th century counterfeiting to publicity surrounding the Juettner case.

The company you keep

Frank Bourassa was burned by his fifth customer who had an undercover cop in his ranks and didn’t even know it. The Royal Canadian Mounted Police busted Frank with $1mm in counterfeit cash. He faced multiple 20-year sentences if extradited from Canada to the U.S. for trial. Ultimately, he made a deal by which he would walk free if he turned over the remaining $250mm in counterfeit bills he had stashed away.

About the best, (only?) crime novel to profile counterfeiting is retired Secret Service agent, Gerald Petievich’s  To Live and Die in L.A.. However, the William Friedkin film is superior to the book in just about every way.

The photo at the top, To Live and Die in L.A. movie poster, is the property of MGM/UA pictures. It is used here for educational/instructional purposes as covered under the Fair Use Doctrine.

Posted by EliasM at 4:04 PM No comments: