Society and Survivors: Information for Writers with Rachel Thompson

TRIGGER WARNING - for those of you who might be triggered by abuse survival stories, please be cautious about reading this article. 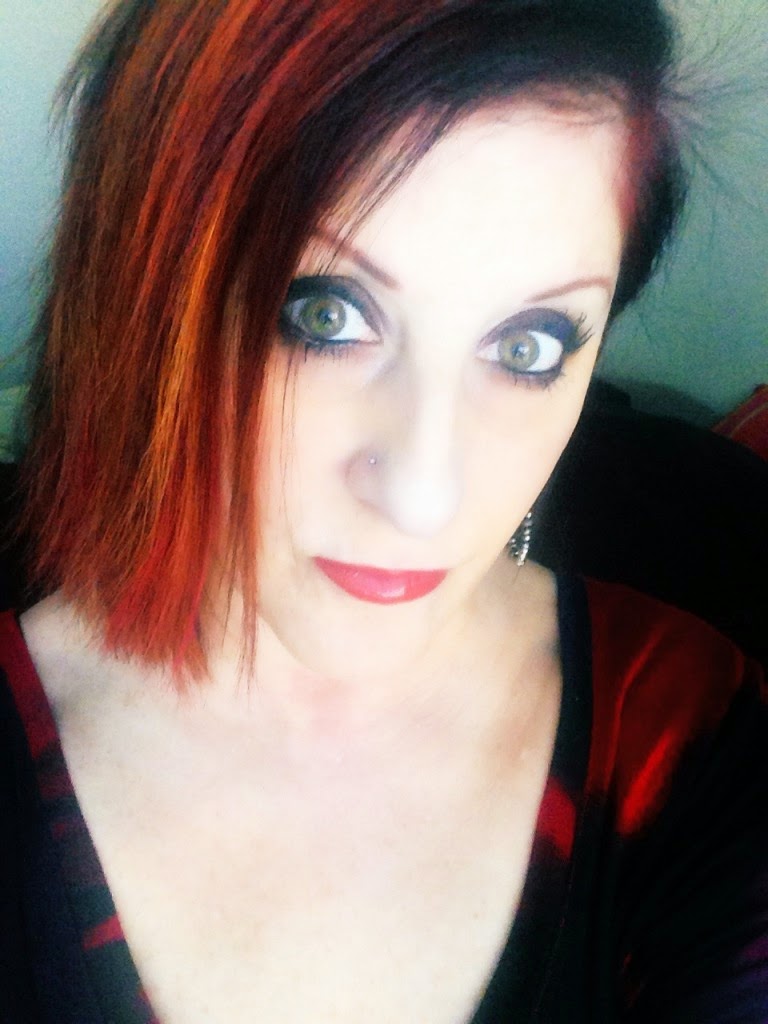 Many of you will know her as the author of the award-winning Broken Pieces, the newly released Broken Places, as well as two additional humor books, A Walk In The Snark and Mancode: Exposed. She is published by Shadow Teams and represented by Lisa Hagan.

Rachel is the creator and founder of #MondayBlogs and #SexAbuseChat and an advocate for sexual abuse survivors. She hates walks in the rain, running out of coffee, and coconut. She lives in California with her family.

Luckily, today Rachel is all caffeinated up and ready to help us write it right.


Fiona -
How would you define stigma? And are you focused solely on crime survivors?

Rachel -
Well, stigma can have many definitions, for both survivors and their families/friends. I am a survivor myself. The biggest burden we carry is shame, so it makes it difficult (if not impossible, for many) to discuss what happened to them. And because 1 in 3 women and 1 in 6 men are sexually abused before the age of 18, many of these survivors carry the extra burden of dealing with an intimate type of shame (myself included). The result of that shame manifests itself in any number of mental disorders: anxiety, flashbacks, depression, many of which are manageable (to a degree). Some have it much worse: suicide, bipolar, addiction. OCD can be especially difficult

Discussing these behaviors in public makes us feel like freaks or crazy. That's the stigma I personally wanted to help break when I wrote Broken Pieces. That it's OKAY to discuss what happened and also the after effects 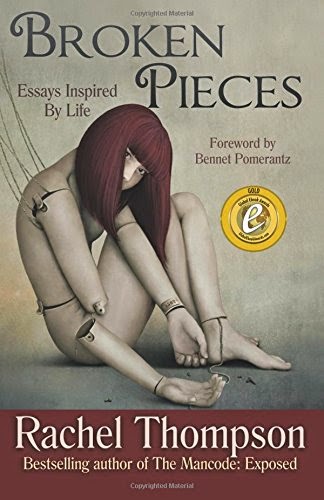 As for only survivors of crime, not necessarily for me -- I'm open to talking with any kind of trauma survivor. The advocacy work I do however: #SexAbuseChat is pretty obvious -- it's for sexabuse survivors but also their families or anyone who wants to help survivors in a supportive way. That's why I didn't start the chat until I connected with a certified therapist (Bobbi Parish) who is herself an incest survivor.

I'm not an expert or psychologist; my goal isn't to create therapy for people -- simply a group support community.

Fiona -
Shame has various ramifications in survivor mentality. I think it is critical for writers to understand that a crime is not over, a victim is always trying to prevent that experience from happening again.

One of the ways that you express your self-protection is not wanting to present anything but perfection for fear of judgement - judgement meaning that maybe you deserved what happened to you because of your imperfections.

Can you talk about instances in literature that you have seen a writer portray this well? How does this show up in your writing?

Rachel -
Well, gosh. So many instances. One of my favorite books is John Irving's THE WORLD ACCORDING TO GARP. He strived for have the perfect family when clearly, it wasn't going to happen, given his start and all the craziness of his mother. But I loved the story because of the imperfection and ultimately, it was about love.

Another favorite is THE TIME-TRAVELER'S WIFE -- Henry worked so very hard to have a life with Clare -- to discover why he traveled and to beat it -- but he couldn't outrun his flawed DNA. Even perfect love wasn't enough. But they tried and their story is compelling. I reread that book a lot, actually.

As for my own writing and for my life, I've always felt that what happened to me is an event (or events) that don't define me. I'm not a victim and I don't ever refer to myself or others as victims, but as survivors, because we're still here. We survived.

We may be flawed, or changed, but who isn't? Everyone has experiences of some sort that helps to shape who they become. Not to minimize those experiences (because minimization drives me insane). What happened to us is horrific, and we need to recognize and deal with that. But we also have to progress from it as well.

What I love about the survivor community is that we are fiercely protective and supportive of each other -- I wouldn't have that if I hadn't survived what I did, and so I'm grateful. Which is ironic, in a way.

Fiona -
In reading books and watching films/tv what mistakes/stereotypes do you find authors leaning on and how would you prefer they portray victim/survivors?

Rachel -
It's frustrating to see so many 'fairy tales' that still exist -- the man saving the woman from her fate. Though I do see more and more that woman are making their own decisions. For example, like many, I got sucked into watching Showtime's THE AFFAIR this year. I really enjoyed the acting and writing. It was evocative.

But it also kind of pissed me off that the female was in a position of having to depend on men for her fate, going from one guy to another to live. Why not have her go it alone? I know that wouldn't be as interesting -- sex sells -- and maybe that's the bottom line in movies and TV. It's not about independent women, it's about sex.

Gilmore Girls seemed to be the exception, to an extent. I enjoyed watching that show w/ my 15yo daughter (we Netflix binged watched it)

I'm not opposed in any way to love stories -- we live for love, right? But when it shows women as victims or having no fate or future without a man, I get ticked.

Sadly, that is reflective of reality, given domestic abuse stats and sexual abuse stats. Most victims (and I use that term here in a legal sense only) of sexual and domestic abuse ARE women, and most perpetrators are men (look at RAINN.org for stats)

Fiona -
Earlier you said, "it's okay to tell our stories and not feel bad about it." Can you talk about ways that society (and here we can see this extrapolated out to include how our survivor-heroines are treated in their plotlines) prevents survivors from expressing their distress. I'm thinking for example if someone has a medical diagnosis they receive support but if it's not a broken leg - if it's broken courage or depression...

Rachel -
Lots of minimization, for sure. I experienced that in my own life. "Well, her abuse wasn't as bad as some of the others, so it doesn't count," or, "she'll be fine."

I told myself, well, if that's what my parents are saying, then it must be true. But you can only suppress that for so long. I had the whole 'good girl' thing going on, but inside I was dying. Partying, doing things I shouldn't have been, and later, depression, panic, anxiety.
Even now, flashbacks and nightmares.

To this day, my family still doesn't really believe that it was "that bad" because it wasn't "rape" -- JUST inappropriate fondling and touching and showing me things like that makes it okay in some way because there wasn't penetration. Which is totally fucked up.
And not at all uncommon, sadly.

A friend shared a story of domestic abuse on his wall the other day -- it was fairly graphic, about how his father used to beat him and his mother, and his two sisters were very young (less than age 2) so they wouldn't remember). One of his sisters showed up on his wall and yelled at him IN ALL CAPS to take it down, that this wasn't the father she remembered, and how dare he do that to HER.

It's very sad that people want to shut us down (though my folks have been super supportive and for that I'm grateful) because they are uncomfortable with the truth.

In my case, I was 11 -- more than old enough to remember. I even testified in 2 trials. So plenty of documentation.

Depression is similar -- more publicized now of course -- but people have a hard time with intangibles. If they can't see it, they don't understand how to deal with it, which of course, doesn't mean it doesn't exist. It's about respect more than anything, and learning.

Fiona -
A writer has a unique means of teaching the public about things that are outside of a person's experience. I for example have never had someone close to me die. I only know what to do, say, how to act at funerals because I have read about it. If an author was writing a helpful response from the survivor characters support system, what elements would be most useful to include - yes, our job is to entertain - but getting something like this "right" in literature might just make a difference in someone's life.

Rachel -
Well, that's what I hope my books do -- give insight into a survivor's mind, body and soul. In fact, that's how I set up Broken Places. 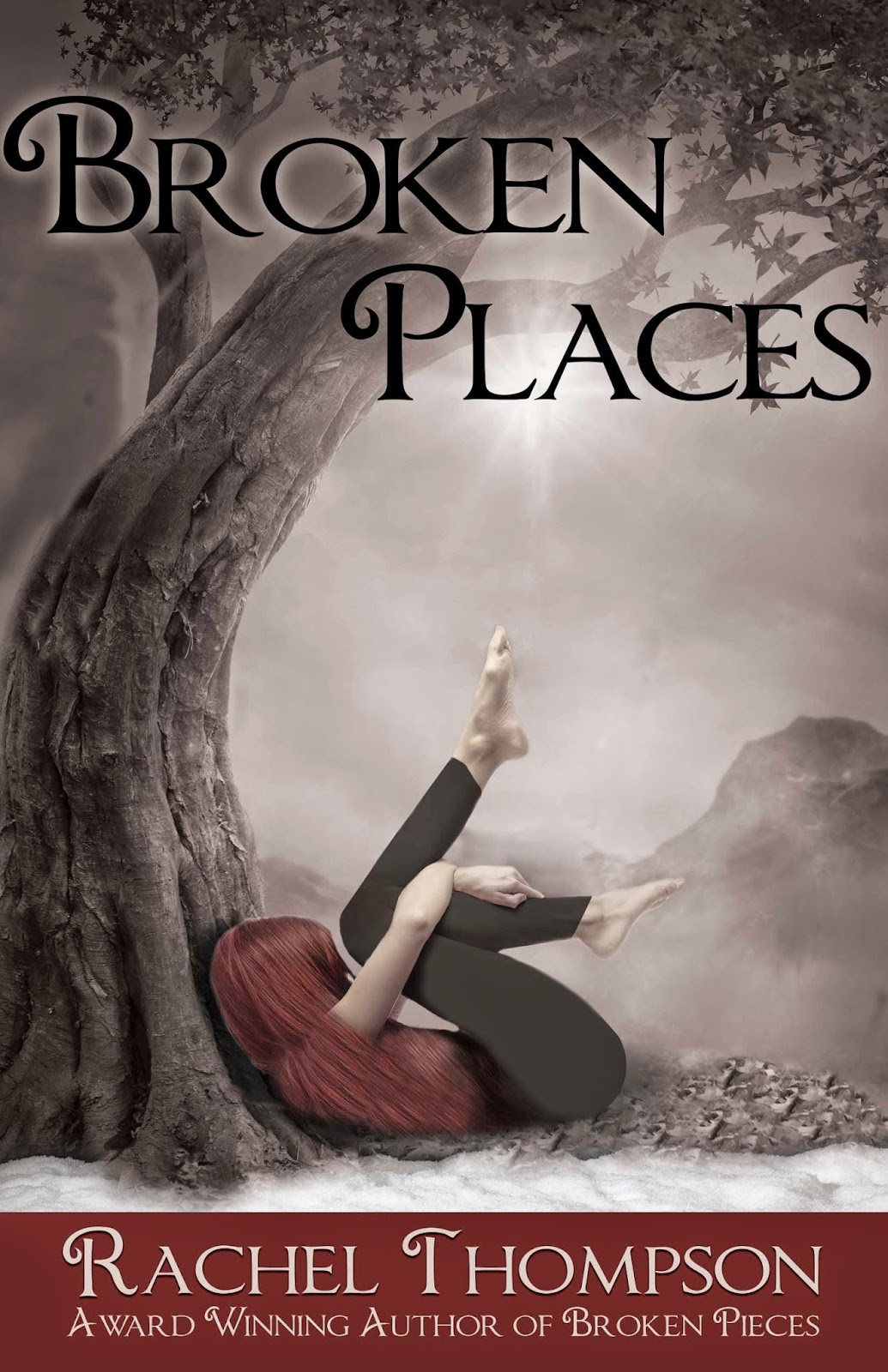 Some people will never be open, and that's just a fact. A friend wrote about writing through her depression in the most beautiful, organic way and shared it publicly -- a women tweeted 'how boring and narcissistic' -- I mean... There will just always be ignorance.

And to be honest, that is some of the feedback I receive in 1-star reviews: that it's boring, that everyone has bad experiences, that I should have never said anything. And that's okay -- we as writers put ourselves out there and not everyone will understand or accept our POV.

I didn't really understand grief until my ex- committed suicide. I had lost my grandmothers, and I missed them, but they were old and in so much pain. It was a blessing for them, really.

Some things people have to learn themselves. Just like writing or marketing a book -- you can read how to write, but until you write, you don't know.

Fiona -
A traditional ThrillWriting question is, would you please share your favorite scar story? Thank you so much for sharing your experiences, Rachel.