Writing with an Accent: Info for Writers with Peter Schmitz 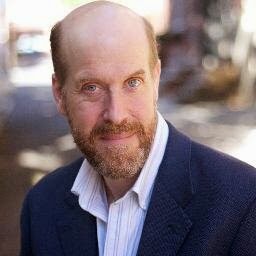 One of my loyal followers asked me if I'd do an article on writing accents in dialogue.

I thought about this for a while because it's a rule of thumb that we don't write accents. We should write special words or phrases but not write it the way it sounds.

But it seemed to me that if we understood the background of learning accents, then the task of conveying a region or socio-economic background would become easier.

So I sought the help of Peter Schmitz.

Since then he has lived and worked in New York, Minneapolis/St. Paul, and Philadelphia where he worked with such theaters as the New York Shakespeare Festival, Theater for a New Audience, the Guthrie Theatre, The Walnut Street Theatre, the Arden Theatre Co., the Wilma Theater, and Act II Playhouse.

Those with a interest in film will recognize Peter as a Parking Lot Attendant from the Coen Brothers’ film, “Fargo”, where they can hear his Minnesota regional accent! In 1994 he appeared on Broadway in “My Fair Lady” - playing, among other roles, that of the accent master Zoltan Karpathy, the professional enemy of the great professor of phonetics Henry Higgins!

So we couldn't be in better hands. By the way, if you are working on a script or screenplay and need some help for your actors, Peter is available for consultation for any theater project or project for film where a regional dialect is required by the text, or if the character is a non-native English speaker. Here's his website.

Fiona -
Now that I've introduced your background, can we discuss your wonderful accent training program? Why do acting students seek you out?

Peter -
Well, usually because they are working on a specific role that requires a regional dialect or class accent in English, or because the character is a non-native English speaker, and therefore sounds 'foreign'. Either the student is auditioning for the role soon, and wants to exhibit expertise in accent/dialect work, or the actor is already cast in a part and wants to hone their skills during the rehearsal process. Other times, I am hired by a theater or director to work with the entire cast of a play. 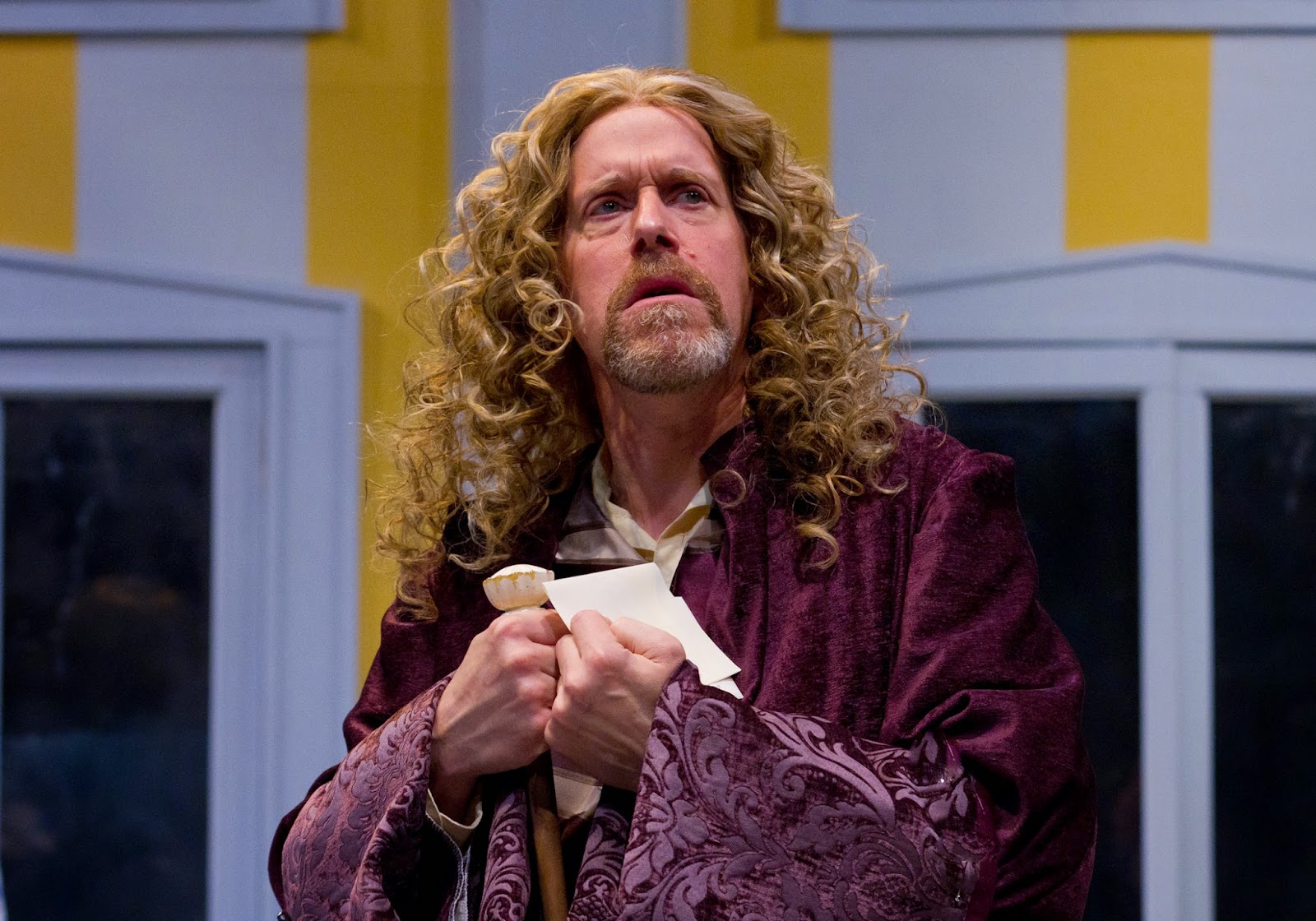 Fiona -
They walk in and say, "Hey there Peter, I'm from Dixie, but I need to sound like I'm from Boston." (I went to a play once where every time the actor left the stage and came back on he could affect a Boston accent, but only for the first 2 lines - it was a very surreal experience) Can you tell us about the process?

Peter -
If you already have a strong regional accent, it is often hard to do other strong regional accents. So much of how we speak is grounded in our experience as children and adolescents. Usually people who are able to 'switch' accents have already shown some skill at it at an early age. It sounds like the actor you mention was miscast. But sometimes it's hard for a director to find someone with all the skill sets they need, so therefore you end up with situations like the one you mention.

Fiona -
This is true and could be an interesting plotting point. That a character can "become" someone else by disguising their voice.

When I was a child, I lived between Canada and America. When I went over the Rainbow Bridge that took us from one country to the other, my accent would change - I didn't know this until I travelled for the first time with hubby - and it freaked him out a little - he has a decidedly Texan accent.

But as an adult, I do know that when I speak with people, I quickly start speaking with their accent.

Peter -
Yes, that probably shows that you have what writers and actors call a 'good ear'. The ability to hear and to mimic voices, which we start to do quite early in life just to learn language at all. It is a good skill if it is maintained.

Fiona - Which areas of the US have the purest accent - or lack of accent - who has the cleanest slates for you to work with?

Actors, both British and American, used to be taught 'standard' accents, but that isn't the case anymore. Anyone can learn to adapt their regional accent. I was just watching "The Wire" and am quite admiring the way the British actors Dominic West and Idris Elba fully take on an East Coast urban American accent. Occasionally they do slip, to my ear, but it's very minor.

Fiona -
How would a character who wants to work for the CIA, for example, develop an ear? And secondly, is that even possible to do as an adult?

Peter -
Well yes, I do think an adult could learn to speak a believable accent. Certainly if you are very intelligent, and have some experience with speaking a foreign language, as I'm sure most CIA people are, then by learning certain basic principles you could learn an accent or dialect as an adult. "Developing an ear", however, might not be teachable. Really, in my experience, either you have it, or you don't.

Fiona -
When you are reading a book and the person has an accent say the Dixie boy travelling in NYC how would you enjoy that accent being conveyed besides the ubiquitous "y'all?"

Peter -
"Y'all" is a very important and useful word for conveying regional dialect! I wouldn't avoid it at all.

But here we get to the crux of the matter. . . if we are talking about a book or a piece of journalism - something that isn't written to be spoken out loud (like a stage play or screenplay), then word choice and syntax is a very important matter.

On the whole, it is important for writers NOT to try and reproduce the sound of a character's speech patterns phonetically. The answer for that it obvious: English orthography is not phonetic, as can be seen by the sentence: "Through some tough neighborhoods, Sugar thought that women should always have their cell phones."

In the Nineteenth Century, a lot of writers, like Harriet Beecher Stowe, Mark Twain, or Joel Chandler Harris tried to reproduce the phonetics of their characters' speech in their writing. But now it is regarded as a bit of an embarrassment, and probably offensive.

Word choice and syntax are the best tools for suggesting a character's voice. For instance, your Dixie boy might ask for a 'mess' of something as a collective noun, while a New Yorker would as for 'bunch'a'. Here in Philadelphia, they might use the very specifically regional word "jawn".

Peter-
You see? That's what an 'ear' is for! If you came around here, and dealt with a working class person in Philadelphia, especially, an African American, you would soon hear it. It's used as a substitute for any collective thing, habit, or experience. " 'at jawn is messed up!" "I'ma get me some of that jawn!"

Fiona -
Please help us to understand the difference between the concept of accent v. dialect.

Peter -
Okay. Well the words 'accent' and 'dialect' are sometimes used interchangeably, and that's all right. But for my purposes, an 'accent' refers to the SOUND and the MUSICALITY of a person's speech. What specific vowel sounds do they use? What is their 'vocal placement' (that is, how do they typically use their tongues and lips and teeth to shape their words)?

That is why we can usually spot someone who is a non-native speaker of our own language. Most people find it very difficult to completely lose the vocal placement of their native language, and their habits of sound production persist when they shift to another language -- especially if there is a sound in the new language that is typically not used by their base language. That's why it's hard for a French speaker to say "H", and why it's hard for an English speaker to use the uvular "R" sound when they speak French.

Fiona -
Oh, a great way to catch the spy!

Peter -
"Dialect" implies all of the above, but also includes word choice and syntax. So a person from England might end a lot of questions with a reflexive "isn't it?", or a Canadian might end a sentence with that 'eh?"

Fiona-
In this vein, can you give some advice to my readers who are screenwriters and playwrights? 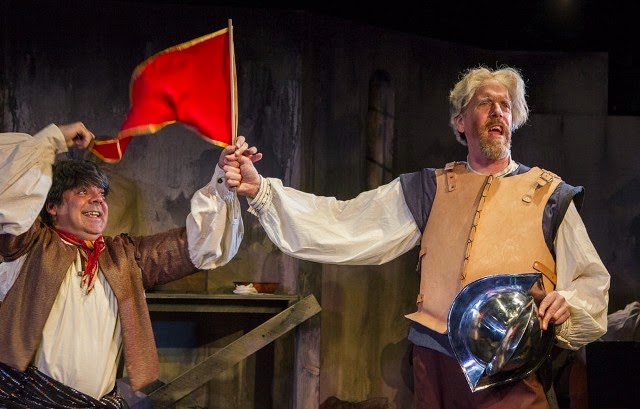 Peter -
As for someone who is writing a screenplay . . .on the whole do NOT try to write the phonetics of a character's speech. Writing for actors, as opposed to writing for something to be read to oneself (like a novel), is something different. You can trust that if you instruct an actor to speak in a certain regional, class, or national speech pattern, then the actor will do their best to do that work for you! Be quite specific about what you want, but do help them out by being as accurate as possible in terms of syntax and word choice!

A writer who is writing for actors should always try and speak the words out loud while they are writing . . . does it sounds like the way real people talk? Even if you can't do a regional or foreign accent yourself, do your very best to make the lines sound like someone from that area.

A great tool to use, if you are not familiar with a specific regional accent, is YouTube! It is so easy to find someone speaking or demonstrating accents these days! Just a little time on the Internet brings the world to your doorstep, speaking in their natural way!

I used to go through such efforts to get regional dialect tapes or recordings. Now it is so easy for actors to get exposure to accents and dialects, and therefore it is easy for writers, too!

Fiona -
And writers as well. I will play a movie that has the cadence that I want in my story over and over and over until it's like a musical score in my head. I find it much easier to write the dialogue when I have the regional rhythm down.

Peter, you are so darned interesting! Thank you so much for coming over today and sharing your expertise.