K Nycole Lee - Sword Geek - and Her Chronicles of Koa 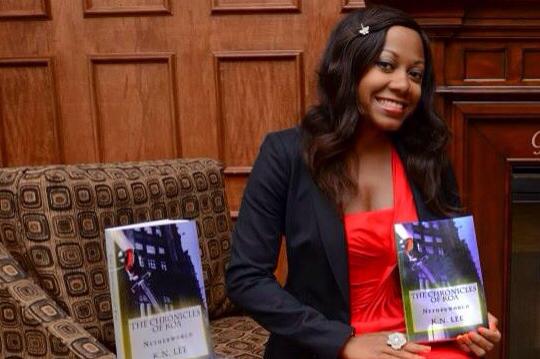 Fiona - Hola! How are you tonight?

Fiona - Pull up a chair; I have a fresh pot of coffee - help yourself - So! Let's talk books.  You have a futuristic
vampire book, with human pets. Can you give my blog readers a quick overview of your story?

Nycole - The Chronicles of Koa takes place in two worlds. The mortal world (our world) and the Netherworld
(the land of supernatural creatures.) Koa is a half-blood. She is half-human and half-vampire. Such a
creature has never existed, and this makes her a target for a Netherworld serial killer and the King of the
Netherworld Vampires. Such danger poses a threat to all that Koa knows and loves. Koa's mother is
cursed, she fears for the safety of her human pet, Ian, and she can sense that her best friend, Halston,
knows more than he reveals to her. Whoa! Was that brief? Haha!

Fiona - This is a woman? And her name is Koa? 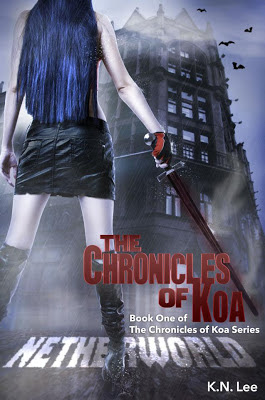 Nycole - Yes! Her name is Koa.

Fiona - And is she working for the government - she's trying to
keep order?

Nycole - She works for the Netherworld Division along with her
best friend, Halston...who happens to also be her boss.
The agents of this division patrol all supernatural activity
and strive to provide a peaceful coexistence between
humans and vampires.

Fiona - Did you base this Netherworld Division on some
peacekeeping/policing done in our "real world" or did you
create it all for Koa's story?

Nycole - I would compare it to similar organizations that we have
such as the CIA, but the Netherworld Division has total
power over their practices. If a vampire chooses not to
register and live a life free of killing and violence, they
will be terminated. You cannot hide from the
Division. There is a system for such things. There are
humans that are willing to sell their services and become
"pets." Think of them as mistresses to the vampires.
Fiona - How do the vampires eat? And, Ian is her boy toy? LOL!

Nycole - They drink from their "pets." Or from farmed blood. Yes.

He is. But Koa has her sights on someone else.

Fiona - The vixen! Good for her! LOL

Nycole - The only research came from movies and television. Most of their tactics are a

collection of ideas I had from dreams. Most of my real research was focused on Roman
and British military strategies. But that deals more with the Netherworld portion of the
book.

Fiona - I'd love to hear about that. Here at ThrillWriting, we like to see writers write it right.

And so it's fun to understand how authors of paranormal and sci-fi create their worlds
and yet keep them recognizable and accessible.

Nycole - Oh yes. I have a slew of Roman history books detailing the origins of their empire as

well as their advanced military tactics. In the Netherworld, things are more scientifically
advanced and yet they do not have the natural resources we have such as flora and
fauna. With that said, you'd think you were in Ancient Rome due to their architecture and
style of dress. Most of the research went into such aspects. Another major area I
studied was Hebrew and Greek mythology. You'll see where that ties in when you learn
Halston's secret.

Fiona - And the sword? can you tell me about its significance to the story?

Nycole - Yes! I'd like to call myself somewhat of a geek when it comes to swords. Koa's is a

sword forged in the black fire of the Netherworld by the fallen angels. Instilled within its
blade is the skill and power of every person that it was passed down to. Her father gave
it to her, which raises questions of how he got such a weapon that doesn't even belong
in the mortal world.

Fiona - A sword geek! I've never met one. How does one become a sword geek? Are you

Nycole - I am not trained. I wish! I just have a fascination with swords from different cultures. I

think a sword is a beautiful weapon, and in my story, not even a gun is more powerful
than the Lyrinian blade!

Fiona - From my experience, a sword doesn't move through the air and make slices the way one

might think. A sword in the hands of a master looks light and effortless. In reality, it's
heavy and cumbersome - and really difficult to fight with. Did you get to play around with
various swords before you wrote about how the Lyrinian Blade was used? And can I just
say the name you gave it sounds like "lyrical" - as in music and dance - so it sounds
graceful from the beginning.

Nycole - Yes ma'am! Exactly. When Koa uses the Lyrinian blade she is instilled with power and

left in a trance that resembles a dance. I have handled many swords and I understand
how the grooves become engrained in your palm and how heavy it can be. Koa has
mastered her skill. And she has the strength of her father...a vampire.

Fiona - Got it. Very cool. Nycole, thank you  so much for stopping by for a chat today!

Nycole - Excellent! Thanks again! This was fun! 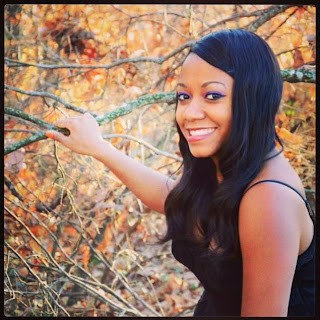 K.N. Lee is an American author who resides in North Carolina. She enjoys writing fantasy and horror novels and short stories. She also writes poetry and does a great deal of promoting other authors on her websites. When she is not cooking traditional Asian meals for her friends, she travels the world and practices foreign languages.
Her works include, The Chronicles of Koa: Netherworld, the dark poetry collection, Wicked Webs, and the collection of short stories, Thicker Than Blood. She lives with her two dogs, Raven and Rocco. AMAZON LINK TO THE CHRONICLES OF KOA

NOTE - If you are an author who has developed an expertise in a thriller/crime related subject, and you would like to guest blog or be interviewed please contact me in the comments section below.

Please let me know if you have any questions, and I will do my best to help.
Comments are appreciated. And why not take a second to  +1 this page and send it to your friends on Facebook and Twitter? Buttons conveniently found at the bottom.  Thanks!