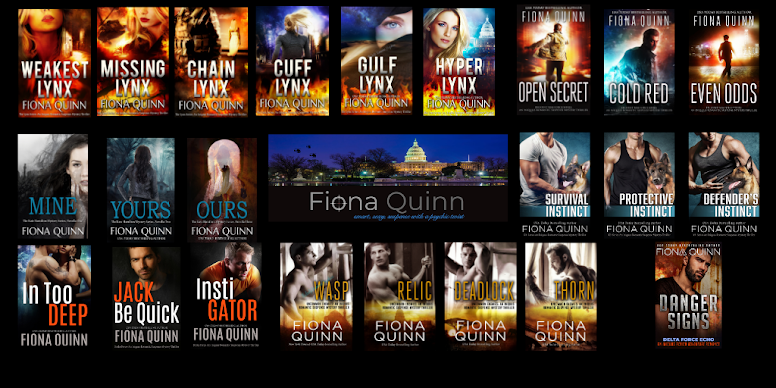 LOCKED UP: An Interview with Kelly Banaski

it was going to be -36F with wind in
your part of the world.
Are you a Popsicle this morning?

Fiona - Here, I poured you some hot
cocoa. Won't you have a seat and
introduce yourself to my readers and
tell us about your work with
prisoners?

Kelly - My Name is Kelly Banaski. I am an inmate liaison and
prison reform activist. I help prisoners with long terms and
death sentences cope with life in prison. I find them educational and religious outlets
- classes, books, etc. I find them pen-pals, and I write to
many  myself. I visit them and help their families with whatever I can.

Fiona - Is this a job that you stumbled into? Or did you go to school specifically to train for your
interventions?

Kelly - I went to school for a degree in criminal justice. During the course of my studies and through early
life experiences, I found I had a knack for being able to connect with inmates. I began working with
various nonprofits that helped inmates but nothing really did what I wanted to do. So I decided to do
it myself.

Fiona - Fabulous. Do you mind talking about your early life experiences?

Kelly - My step father was a notorious local criminal in and out of correctional facilities from the moment he
came into my life at five-years-old. With crimes ranging from the uber-violent to exceedingly stupid
we often found ourselves getting the hell outta dodge and as a result I found myself in a different
school every year of my life until I was just about to start high school.

My mother was a consummate narcissistic enabler, and I grew up with a certain feeling that the cops

were out to get us. We were working class stiffs, my mom would explain. We couldn't make it on the
regular wages others were scraping by on. No. Dear old Dad loved us way to much to settle for that.
He was supporting his family in the way he knew best.

As I grew up, my personality morphed and meshed and went into survival mode to find a way to
make life manageable among the criminal element that was my family, friends and peers. I was
constantly creeped-out by some of the men my dad would have around and kept a running fear that
one of them, or someone, would hurt me. When I was in the third grade, a mentally handicapped
neighbor man grabbed me off the street and threw me down in the yard, ripping at my clothes. I was
able to escape with the aid of my little brother, but the fear and the uneasiness of life in general kept
that fear alive in me for years and years.This ingrained fear has served only to draw me closer to the
very element that scared me.

Over the years, my youngest brother became a criminal of the highest ilk much like my step father. His
crimes, however, were more of the bumbling variety and I would often step in to persuade probation
officers, police, prosecutors, public defenders and even judges to give him one more chance.

Eventually, I became a nonfiction writer and covered the crime beat in my home town. I became
familiar with the cops and the criminals. I interview investigators and lawyers, victims and family, and
the criminals.

More often than not, I see the many ways the crimes could have been prevented, the victims spared,
and the future a little brighter for everyone. There is always a trigger; a trigger set in place by forces
other than that person.

I hope my actions to understand and humanize our nations inmates, moves us a step forward in
reducing recidivism. I want the United States to be more excepting and welcoming of prisoners
who are starting a new life.


Fiona - Thank you. Here at ThrillWriting the aim is to write it right. Can you tell us some of the realities about
prison life that are perhaps not understood by those who have not been inside of a prison?

Kelly -  Regimen is God. Life long inmates depend on the regime of everyday life to survive. If someone is
used to receiving mail from someone every week, and they don't receive it, that can set off a chain
of events that can turn violent depending on the inmate. Any little disturbance in routine is major
major deal.

Also, in my experiences with women prisoners, I can tell you that women on death row become a
different breed of human all together.

Kelly - In outside life, women can be clique-ish in certain circles. In prison it is THE way of life.
You must have a circle to keep breathing but what happens inside those circles is even scarier.
Women are way more devious than men

Fiona - Can you give me some examples?

Kelly - I wrote to a woman on Pa. death row. A reporter contacted me for info, and I told this prisoner
about it.This woman was convicted of killing her boyfriend's new girlfriend. In one of her letters she
asked me about what I had read about her on the internet. I printed the article and sent it to her.

The next week, I received hate mail that threatened my life from every girl on the row in Pa.
You see, the article also listed the other girls on the row and their charges. They were all pissed that
I'd let out their secrets. It didn't seem to matter to them that it was public for everyone to read.
They didn't want each other to know.

Fiona - How did you feel when you received those letters - Did you take them seriously?

Kelly - After a few weeks of threats, I received letters from the same girls secretly asking for help, and also
asking me not to tell the others.

Kelly - If one found out I had written the other or sent her a book or put money on her records, I would get
the threats again. Eventually, I stopped writing that prison at all. The most trouble came from a
woman  named Michelle; Michelle starved her daughter to death, kept her chained to a chair in the
kitchen.

She asked also for the most help. We wrote off and on for several years. She
denied any culpability in her daughters death, saying she [the daughter]was always sick. One day
Michelle would be angry and the next apologetic. It was tiresome. The threats became too much.
I never took them seriously, but they were scary nonetheless.

Fiona - What kinds of help are they looking for?

Kelly - Mostly they want to talk about their cases and
their lives. They look for books,
correspondence courses, religious materials,
pen-pals, craft supplies, money...

Fiona - What kinds of craft supplies are they allowed
to have?

Fiona - Most of my craft supplies would make
excellent weapons.

Kelly -That is true. That's why it depends on the
prison. Some have great classes that the
women have to
prove themselves nonthreatening to be in.

Fiona - How are you funded?

Kelly - Out of my pocket mostly. My blog gets a few donations a year, and I stretch that as far as it will go.
I've considered something like gofundme.com to raise money to become a nonprofit. I'm just not
sure enough people would support this cause.  I'm also working on a true crime book that I hope will
aid me financially in this.

This is a  LINK to Kelly's page and blog, if you would like to help out, become involved, advertise
on her site

Fiona - Going back to Michelle's behavior, are most of the women you correspond with like that?
Highs and lows and threats?

Kelly - No. Some are very normal, average women. That's the kicker. I will forget these women have
committed these crimes because we talk about kids and movies and cross-stitch patterns, men, and
food.

Fiona - Tell me about some of the coping mechanisms the women develop on death row.

Kelly - Women on death row are alone most of the time. They cope by keeping their cells in immaculate
conditions, staying in touch with family and writing letters. Many will attach themselves to a particular
television show and obsess on it. Religion of course always always comes into play. Not always
Christianity, but some type of spirituality emerges.

Women with life sentences are different. They are in general population often, and they cope by
forming families and working as one.They designate mothers and fathers, children, cousins, and
sisters - the whole shebang.

Fiona - Just to clarify, death row women and life sentence women are treated differently by the prisons. Can
you explain the differences?

Kelly - Death row women are kept in solitary in most prisons (not all). If not they are kept in a separate area
and still pretty isolated.

Life sentence and long term gals are usually kept in general population unless they are violent and
deemed a threat to the rest of the population.

Kelly - If you have a huge gigantic sentence that is longer than you could possibly live, it doesn't matter
if you get a chance for parole or not, right? Wrong. If you have a chance for parole after 15 years,
and you behave, you have a shot at it - you could be a free woman. This happens sometimes with
the black widows. Black Widows have killed their husbands or had someone else do it.
They get sentenced to death or LWOP (life without parole) or parole after 20 years.

Then the appeals come along and it turns out she was abused etc. In 2008 (I think) a woman was
taken off death row right here in Tennessee after 40 years.

Fiona -So she was in confinement for 40 years and then let into the general prison population? You would
think that  mentally she would have snapped.

Kelly - Her sentence was commuted. She went free. I have watched many women lose their minds. It's a
sad thing. A gal with a chance at parole will be housed in a lesser security prison with more programs

Death row women, violent offenders, lifers without parole - they get none of those opportunities

Fiona - So Writers, if you are writing your heroine into a court case, she better hope for sentencing that
includes the possibility of parole. With that, our time is up. A huge thank you to Kelly for sharing her
information, and to you for stopping by.