Is that Even Possible? A Writing Experiment: Chaos Is Come Again with John Dolan and Fiona Quinn

Could two writers who had just met on Twitter come together and write a novel?

Some considerations:
* The writers had never met, never even spoken to each other. Only
tweeted. Though the question was posed in an e-mail.
* They write in different styles.
* One writes in English- English; one writes in American-English.

And thus, spelling, vocabulary, and phrasing differences - some
of them quite significant - some quite funny.
* One writer lives outside of D.C. in the U.S. and the other is an
English ex-pat splitting his time between Thailand
and Dubai so a time difference of 11 or 9 hours respectively.
* They were both very busy. Dolan was running a power company,
and Quinn was homeschooling her brood. Both were already
working on their own writing projects.
* One was a plotter who has a love of spreadsheets, the other a
pantser who actually broke out in hives the first time she saw a
Dolan-spreadsheet.

The catalyst for the science experiment.

Fiona Quinn, a newby to Twitter, meets John Dolan, a Twitter proficient, because she did not understand what an RT was.

This lead to Dolan putting on his much doffed Henry Higgins cap as he tried to explain the workings of Twitter.

And then, there was a Twitter exchange of a story - line by line - which lead almost immediately to the question - is this possible in a larger format? Could we write a novel?

* First, each subject had to read each other's work and see if
they felt their possible writing partner could string more that 140
characters together in a cogent fashion.
* Then there was the Skype session - to actually "meet."
* This was followed by ideas thrown about to see if the minds
could interact as a team.

Two strangers from different backgrounds and different parts of the world can bring their own talents and knowledge to the table to create a unique and interesting work of fiction.

Quinn and Dolan began the experiment in the spring of 2013. Within a couple of months of daily Skyping and numerous emails, they had constructed their characters and plotline. Dolan took time off on a sabbatical, and they came together to finish the project spring of 2014.

Decisions were made about spelling, language, and process and all were documented ad nauseum into spreadsheets (that Quinn had to be coaxed into opening).

Language/cultural barriers were broken down with exchanges such as these:

I think we could start with a dictionary of weird
English words - Yonks, Cow, Fanny, Shag, Twee,
Loo...

Dolan - The "cow" thing btw. In English the term "cheeky cow" (of
which "cow" is a shortened version) is almost a term of
endearment directed at someone who has made a comment
which is critical but in a non-threatening/insulting way.
Just so you know.
Quinn - I took it with a spoonful of endearment.

Quinn - How do you envision Sean?
Dolan - * He's not a homeschooled vegetarian

* He doesn't like anchovies
* Size 9 feet
Quinn - Size 9 feet? That's unfortunate.
Dolan - Why?
Quinn - Oh... Hmm... Well there seems to be a mythological
correlate --
Dolan - I have size 9 feet
Quinn - ACH! I'll stop typing.
NO WAIT!
You have size 9 feet in European size?
Dolan - Yes. Well UK size
Quinn - Okay then I'll finish. A correlate between the man's foot
size and his uhm “endowment.” And here, size 9 is rather
small...
Dolan - Ah, but my foot is only a size 9 when it's not aroused.
Whenever my feet get excited, they bust out of my shoes.
Quinn - Too early! I just woke up.
That's a frightening thought, Mr. Dolan.
Dolan - It's like a scene from Alien.
Quinn - OK, that's enough thank you. I'm off to wake the kiddos.
L8r G8R.

There were lots of technical difficulties - a typical exchange.

Description of Outcome:
In Chaos Is Come Again, authors John Dolan and Fiona Quinn step away from their usual writing styles to create a twisted dark comedy for the Internet generation. Pulling back the curtain on the messiness of their characters’ issues, the authors take a satiric look at the juggling act of modern life.

In America, dread propels literary agent Avery Goodyear out of bed each morning. She’s panicked about losing her job if she doesn't get Travis Bishop – the coke-addicted author of the blasphemous Nosferatu, the Lost Gospel – to complete his sequel.

In England, Sean’s schizophrenia meds aren’t doing their job, and the voices in his head are getting louder. To make matters worse, he is being harassed by a predatory girlfriend, and a conspiracy nut who thinks the way to catch the London serial killer is through the magic number 23.

A chance meeting on Twitter connects Sean and Avery. As their relationship deepens, they each try to conceal the chaos that defines their lives. But secrets can be deadly.

Analyze Your Data and Draw a Conclusion

* I am holding the end result in my hand.
* It has a beginning, a middle, and an end.
* Words form sentences, sentences form
paragraphs which in turn form chapters.

I do believe that this experiment produced a book! 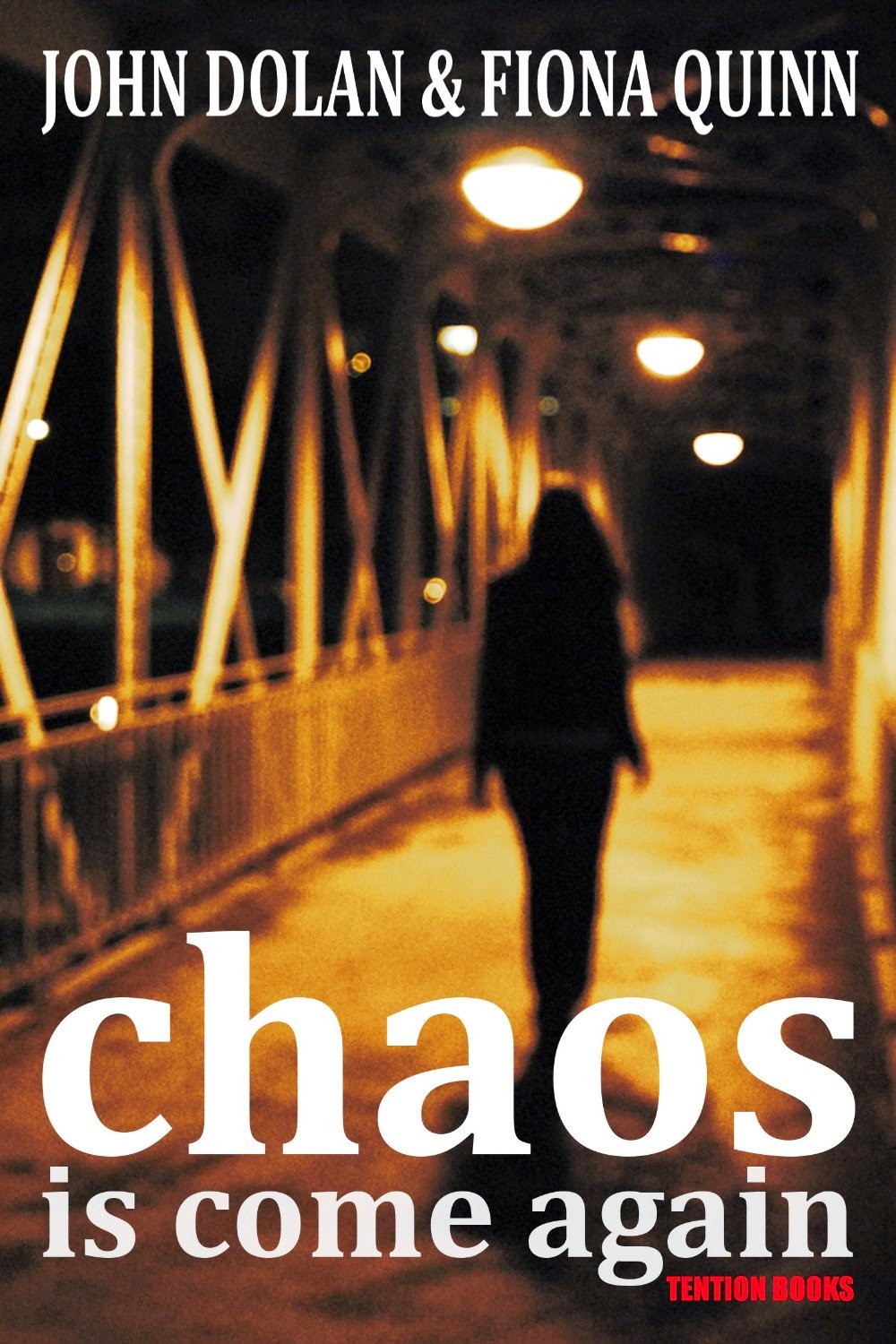 This is what people are saying:

“Readers, get ready for a hysterical, wild, whacky read that
will keep you biting your nails till the end. ”

“The characters in this book are diverse, complicated and
fascinating.”

“The ending will simply blow you out of the water.”

"A book this weird shouldn't work, but this one does, magnificently."


To read all of our reviews click on this LINK