Catch a Dragon by the Tail: Giving a Solid Base to Your Fantasy Work with Tina Glasneck

ThrillWriting welcomes back our friend Tina Glasneck. For a list of articles that she's informed on this site use the search bar on the right.

Fiona -
Tina, let's jump right on this. Recently, we sat next to each other on a writing panel. I was so intrigued by what you said that I wanted to corner you and pick your brain. Thank you so much for coming and hanging out with all of us ThrillWriters and ThrillReaders. Let's start with your educational background since that seasons our topic for today. 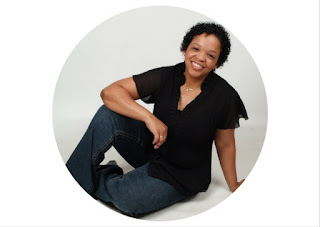 Sure. I have a Masters of Arts in Religion, as well as a Bachelors in Pastoral Christian Ministries. Prior to writing, I had planned on heading into Christian Ministry. Although plans changed, one thing I love is the education I received because of its lectures in the humanities, which included ancient civilizations, cultures, and languages.

Theology is not just the study of the Christian bible, but so much more.

Fiona -
And you've lived in Europe which also gives flavor to your writing. Can you tell us about that? How did you get there, what did you do?

Tina -
I lived in Germany for six years where I also studied theology, and was introduced to so many different cultures, as well. In undergrad, I was a German minor, which took me to Germany. After graduation, I loved it so much that I returned. I attended a local university and continued my interest in theology, as well as history.

You can't live in Europe without being impressed by the history all around you. My interest in castles, for example, caused me travel around to view them; to check out the different sites throughout the country and Europe. I wouldn't be the person I am without the trip outside of the US. I do feel that it has provided an extra layer of spice that I didn't necessarily pick up prior to traveling abroad.

Fiona -
Now, let's scoop all of that background knowledge up and see how you applied it to your fiction. You have recently started writing about dragons. It's not the leap that some people might think it is. Can you tell how this all comes together?

Tina -
LOL. Well, you are correct. Usually fantasy is not the avenue one would take with such a background. But for me, well, these characters appeared, and I couldn't shut them up!

In my fantasy romance, A Dragon's Destiny, a woman discovers she is a dragon and has to come to terms with this new information, as well as her unique involvement in holding Ragnarok (the Norse Apocalypse) at bay. For this story, I have my heroine, Jasmine, travel back to the 1520s. This is the era that Europe was undergoing the Protestant Reformation. This was, also, a very important time when the Catholic Church continued to persecute people on charges of witchcraft, sorcery and the like. For this story, I wanted to delve into how those of the pagan belief would have had to deal with such a change in that changing world. Plus, everything with a dragon calls for a bit of fun too.

I consider this, the fantasy romance, to be the light to balance out the darkness that the mystery/thrillers create, as well. So, I was able to apply all of my background to create the tale, as well as provide some historical data as to what occurred during this time.

Fiona -
You mentioned pagan - can you define that for our readers who might not have pagan friends. And, can you tell me if you use mythology from the pagan religions as an influence?

Tina -
Although the term pagan is constantly use to deride non-monotheistic religions, or religions that are not part of the Abrahamic- religions (like Judaism, Christianity and Islam), a pagan is just a non-believer.

That being said, Norse mythology played a very important role in creating the story, especially since I use many of the Norse gods in the story (including Odin, Loki, and Freyja). Although, the Marvel Comics' world has re-introduced the world to these deities, the original sources are quite fascinating in their own right.

Fiona -
How did you go about incorporating the myths to give body to your plotline, making them fresh and accessible to those not familiar with Norse mythology?


Tina -
When it comes to the plotline, I believe in asking, "What if." In dealing with the events of Ragnarok, the Norse Apocalypse, my thought was to dive in and try to define it. In my studies, we did a lot of course work on eschatology (or the study of the end days). I wanted to do a comparison and see how that influenced and shaped paradigms, as well as the culture.

That being said, after finding out that the gods pretty much kill each other, and things start over, you sort of get the idea that the gods would probably want to find a way to stay alive -- or stop Ragnarok. Who wants to die? That was the starting point.

I also used a lot of Church history to recreate some of the incidents that I portray in the book, as well. I think by adding them both, it provides a great bit of detail for the reader to pull them more into my world. I went with the themes of who wants to die and let's embrace your truth. The worlds then collided and my creation was born.

When incorporating my myths, it takes a good amount of research. I am forever grateful for Google Scholar.

Fiona -
That leads to my next question: Not everyone has your level of scholarship in their back pocket.

I know in some of my work I have used Joseph Campbell's The Hero with a Thousand Faces. One of my college courses that has influenced my writing the most was an art history class where I learned about images and the stories from Christian art as well as the tarot, numerology, pagan stories and so forth so when we were looking at art we knew the background of say Io and Zeus. Absolutely fascinating.

How do you suggest authors conduct their research? What sources could they go to if they wanted to give their fantasy depth as well as fun?

Tina -
This will sound cliche, but the Internet can be your friend (or worse nightmare). I approached research as I would on a collegiate level, searching for proper scholarly sources that will provide a better understanding of the myths and their interpretations.

For this, I include such help as Google Scholar, which is a search engine that is a part of Google that allows you to search academic papers, and scholarly literature.

Another jumping off point, if one is more visually stimulated, is the History Channel, and PBS. Through documentaries, one can find great nuggets of information to then assist in one's own research.

Personally, my favorite is just a trip to the local library and either by asking questions of the librarian and just perusing the nonfiction shelves. The information is usually there, you just have to find it (and that can be the most difficult, but also the most fun, because, you'll walk away with tons of fodder to include in your story).

Additionally, with fantasy a lot comes down to world building and the rules of the world you're creating. Christian Theology does not speak well of the dragon (a simple comparison is that the western understanding of the dragon is that it is maleficent, while the eastern version is that the dragon is wise). The dragon is mentioned in not very good terms, so you have to know the world you are placing your characters in and how to maneuver them in it. If you are writing fantasy, the best thing you can do to get a handle of it all is to read from that genre to discover its rules, as well.
Fiona -
I have Kindle unlimited and when I'm doing research I look up documentaries (which are free to me) and listen to them like lectures, taking notes.

Tina -
Sure. While preparing for this book, I took a course course called Magic in the Middle Ages. The course showed how the understanding of magic went from that of healing (natural magic) to being understood as maleficent (demonic). This mindset is what would eventually lead to the Inquisition, which officially lasted until 1908, and even the Salem witch trials, and how we regard magic today (as being demonic).

The greatest thing to know is that words have different meanings and understandings based on the time period that they are used. The course did not teach magic, but showed how the world interacted with it. Nowadays, we probably wouldn't burn someone at the stake, but that is how our culture has changed over the years and how we handle the differences in faith and the understanding of what magic truly is.

Fiona -
And A Dragon's Destiny?

Tina -
A Dragon's Destiny has a bit of my heart and soul in it. I wrote it because I was having a crisis, whereby I could no longer write darker pieces (a real problem for a murder mystery writer to have). I needed something with a happier ending, and a message for me to learn from. This story was me pulling myself up from my bootstraps, sort of a rebirth. 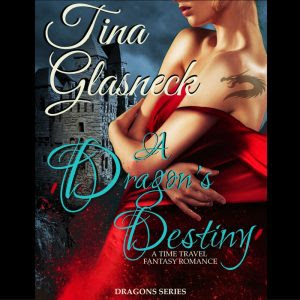 Here is the blurb: Curses are destined to be broken... In this the first of the Dragons series, time travel and fantasy are weaved together in a fast-paced, funny yet emotional romance. Jaz, a fish out of water in the real world, discovers that she is actually a dragon who must seek her true destiny in another, parallel place. There she discovers that Erich, the man she secretly lusts after in real time, is the Dark Knight. He's ruthlessly extinguishing the ancient Norse religion in an emerging new world. Is he the beloved Jaz is tasked to find in order to release her dragon heart?

Fiona -
How does this series affect your other writing?

Tina -
I am being as prolific as possible right now. I recently released the first two issues of my Detective Damien Scott murder mystery serial, with am actively working on completing books 2 and 3 from the dragons series. You can take a girl back in time, but you can't make her give up her dragons -- LOL.

There are two things I learned through this entire process: Everything has consequences, and I am trying to make sure that I discover what those are when building my worlds and my characters. AND, be true to yourself. Oftentimes, the best stories are the stories you need to tell. I needed to tell my dragon story and sharing it with the world has blessed me more than I ever thought it could.

Fiona -
I learn something every time we get together. Thank you so much! Here's how to stay in touch with Tina:


ALSO: TINA AND I ARE IN A GIVEAWAY! SCROLL DOWN FOR A CHANCE TO WIN 35 BOOKS!
Posted by Fiona Quinn at 9:59 AM