Removed for their Safety Does Not Mean they're safe: Foster Care for Writers with Nikki Grey

There are many reasons why a child might be placed in foster care such as:

To help us with this subject, I welcome Nikki Grey.

Nikki Grey was born in Southern California, but grew up in Northern Nevada. At 12 years old, she entered the Nevada foster care system, and spent the next six years living in different foster homes. After a great deal of self-advocacy (including realizing the power of writing after she wrote the Nevada governor’s office when she felt her case was being mishandled by social workers), the then 17-year-old moved in with one of her high school teachers, who later adopted her as an adult.

Nikki grew up wanting to become a lawyer and advocated for herself during court hearings about her living situation in foster care. Later, after working in two law offices, Nikki decided she wanted a different career. In hopes of going into public relations, Nikki chose journalism as her major at the University of Nevada, Reno. She is now a freelance writer.

In Nikki's case, she became part of the foster care system when her mother was dying from cancer, her extended family was unable or unwilling to care for her, and she experienced abuse and neglect.

Thank you so much for your willingness to share your story so that we writers can write our characters correctly in our storylines, Nikki.

From your experience, can you walk us through the child's perspective? How does one learn they are going into care? Who interacts with them? And who has ongoing contact with the children once they are placed?

Nikki -
In my case, and many cases, the child doesn't know what is going on or what foster care is or where they are going.

A social worker came to my house and told me to pack a bag full of clothes but not to take anything valuable. I was doing laundry so she had me fill a garbage bag with dirty clothes.

She drove my brother and me to an emergency shelter group home, where she said we'd only be for a few weeks (which is why she wouldn't let me take more than a few outfits).

Once I arrived, I had to "inventory" all of my clothes by writing my initials on the tags so if they were stolen by another child they could be identified. That was upsetting. My brother was placed in a foster home before I was. I stayed in the emergency shelter for six months before a placement, in a different town, was found for me.

Once placed, I had a social worker who was supposed to visit once a month. This didn't always happen but happened more for me because I was moved around a lot. I was allowed to speak to my mother on the phone.

She had colon cancer so when I was removed from my father's home I couldn't live with her.

Fiona -
What were the things surprised you about being a foster child?

Nikki -
I felt like I was being punished, like I was in jail (when, in fact, my dad was the one in jail).

I was surprised at how many rules I had to follow and how many of the group home workers and foster families were unkind to me. I thought, why are they doing this if they don't like kids?

I was also surprised that many of the homes I ended up in didn't seem any better than the one I left. I was abused and neglected in foster care, too.

And the worst was always assumed of me; I must be a bad kid, because my parents were bad or other foster kids were.

I was surprised by the horrible stories I heard of former foster kids who lived in the groups homes I did. How they were prostitutes or pregnant; why did my foster parents tell me these things?

Fiona -
Can you tell me about some of the new rules you were expected to follow?

Nikki -
I couldn't stay the night at a friend's house. I had to do chores, but often not just to clean up for myself or foster siblings. I had to clean up after my foster parents.

I had one foster father insist I clean my room for his "military room inspection". He'd look for dust with a white glove on and if he didn't find anything he'd lift a piece of furniture, like a dresser that was too heavy for me to lift, find dust and fail me. So then I'd be grounded.

I was grounded a lot and then had to do chores on the ranch I lived in, like clean up horse poop.

There is more, but I don't know that I need to go into all the specifics.

Fiona -
Were you offered counseling? Did you have a trusted adult at this point to help you deal with your mother's impending death?

Nikki -
I actually had to go to counseling (although I wanted to, it wasn't optional). So, I did have a counselor help me deal with my mom's death.

I didn't have a trusted adult, per se, until I moved in with my foster mother (my teacher), aside from my grandmother, but she couldn't care for us so that's not exactly the same.

I had a few teachers and coaches say nice things to me, which I held on to.

At the time I didn't see it this way, but I was very fortunate to have been moved into a small town, because people noticed me there. I think in a city or larger area, foster kids may "slip through the cracks" with no one noticing because there are so many people and so many things going on.

Fiona -
If you could give one fairy god-mother swish of the wand to every foster child what would you gift them?

Nikki -
A family, but I don't think that's what you're asking. I'd give them the ability to believe that being in foster care is temporary and that, although the bad that has happened to them in their life so far likely wasn't their fault, when they become adults they are in control of their lives, for the most part, and can make good decisions that will make their lives better.

Fiona -
When you read books or watch TV and movies which include a plotline that has foster children what kinds of mistakes do you think writers who do not have a personal experience with foster care make.

Nikki -
Foster children have long been misrepresented in the media by shows like Law and Order. I mean, how many plot lines where the former foster kid is the criminal can you run? Other shows, while entertaining, depict foster children as deviants. In The Secret Life of the American Teenager foster youth Ricky Underwood, who was sexually abused by his father prior to entering foster care, manifests his self-loathing by sleeping around with girls, treating them badly, and ultimately becoming a teenage father after a one-night-stand.(I'd like to add that The Secret Life character does end up becoming a good dad in the end.)

Although there are many negative statistics that show what tends to happen to foster kids when they grow up, not all foster children turn out to be criminals. And constantly receiving messages that imply that’s all we are going to amount to isn’t doing anyone any favors.

With that being said, Law and Order is a really great show! And I liked The Secret Life of The American Teenager, too.

I'm just saying it would be nice to see other outcomes represented more frequently. The Fosters on ABC is better at making the characters more multi-dimensional.

Fiona -
What do you wish that I asked about foster kids?

Nikki -
A few things off the top of my head, that I would like to add.


Fiona -
Why are the children moved around so frequently?

Nikki -
Not all children are moved around frequently, but some are. There are so many reasons. Sometimes if foster kids get into trouble, they get kicked out (which is sad, because kids misbehave and most of the time, their biological parents won't kick them out for that). Sometimes the foster parents aren't equipped to deal with a certain child's needs or didn't realize what they were getting into. Sometimes the kids are abused in the homes. Or they don't get along with their foster families. Or because they don't qualify for that level of care anymore. There are levels in the foster care system and those levels constitute different types of care and different funding, it's kind of complicated.

Or foster parents might just not want you anymore; that happens, too.

Fiona -
Can you ask to be moved?

Nikki -
You can ask, but there aren't many foster homes so your wants might not be listened to unless you're being abused, then they'll remove you, but foster kids don't always tell their social workers what's going on.

I was moved from town to town because there weren't homes available near my school often.

Some kids lose credits and have difficulty advancing grades or graduating because they have to switch schools frequently. Fortunately, this didn't happen to me.

Fiona -
Can you talk a little about your writing and if/how you think your foster care experience influenced you? 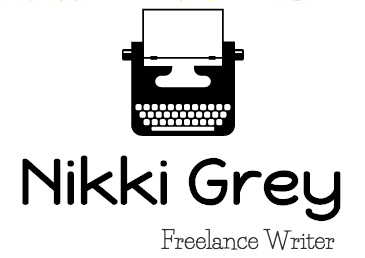 I have been published in national print and online media outlets. My articles have appeared in New Hair Trends, American Survival Guide, Geek Out and other Engaged Media magazines. I used to be a features reporter at a newspaper and, recently, I started publishing personal essays about my life. I hope to do that more in the future.

I write fiction, too, and I just sent my newest manuscript (with a protagonist who is in foster care) to my agent.

I think having experienced a lot with my family and foster care helps me have empathy. I've seen a lot in life for my age and that helps me as a writer.

I care very much about people and their struggles. I hope to use my writing to inspire and help people, including foster kids!