DISCLAIMER - This is a non-political site that is geared to help writers write it right. I am presenting information to help develop fictional characters and fictional scenes. In no way am I advocating any position or personal decision.

Some statistics indicate that 40% of all sexual assaults are due to date rape, that 1 in 3 women experience an assault - as many as 1 in 4 women are successfully assaulted.

Related blogs:
How a Predator Courts his victim
The NEW rape definition - makes it easier to send the perp to prison

So some personal information -

I have two personal connections to these drugs. One had a "as good as it could get under the circumstances" outcome and one did not.

The first.
I was at a frat party as a young college girl - and had never heard of date rape drugs. But with my very first drink that particular night, I was out of my head drunk and passing out. Luckily, my friend, Suzie, saw me and kept me safe. I was taken to a hospital and diagnosed with Rohypnol poisoning.

The second.
Suzie went to Switzerland with another friend. One night at a pub, Suzie went to the ladies' room, and when she came back, her travel buddy was gone. Just gone. No one saw the girl get up and leave. After 24 hours, the police got involved. They dragged the lake and found the girl's body. Later, the police disclosed the bar video of a man's hand moving over both of their drinks. Suzie was saved by her trip to the ladies' room  prior to sipping her drink. The long line meant Suzie wasn't there to see her friend's symptoms or to see the two men "escorting" her friend out the door.

So let's start off by keeping your character safe (or reverse if your plot line needs her in trouble):


1. Don't let her drink anything
that she didn't see poured or that
she didn't open
herself (unless
it's via a waiter).
2. Don't let her drink
from a punch bowl.
3. Always have her
watch her drink (rest
her hand over the
top of her glass or
leave a napkin or
coaster over the
top).
4. Have your
character take her glass with her to the ladies' room.
5. If she gets up to dance, she should get a fresh drink when she
gets back to the table (yes, even if your character is drinking
water or a soft drink).
6. If your character thinks she's been drugged, she should ask for
help immediately (preferably not from a stranger) her window is
small between awareness of something odd happening and
inability. She should be taken to an Emergency Room and a
toxicology report taken.

* Is the #1 date rape drug effecting almost 50% of sexual assaults.


* A white tablet or green tablet. The green tablets dissolve slowly
and may leave particles at the bottom of the glass and will turn
the drink blue (this was a safety feature added by the
manufacturer to try to prevent the drug from being used for date
rape. Go ROCHE!) Bitter taste (possible).
* Works in 15- 20 minutes effects last 8 -12 hours


Health risks for your character: 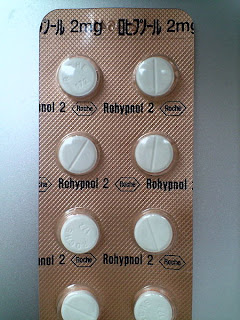 * Nausea
* Slurred speech/problems talking
* Muscle relaxation/loss of motor
control
* Drunk feeling
* Confusion
* Problems seeing
* Dizziness/sleepiness
* Loss of memory of events that took
place while under the influence of the
drug
* Unlikely to be fatal though the risk
increases with other drugs (recreational or prescription), alcohol
levels, pre-existing conditions such as type 1 diabetes, respiratory
issues such as asthma, and circulatory issues.
* This drug works by suppressing the central nervous system and
respiratory systems.
* It passes out of the system in 24 hours.

*Originally used by weight lifters to stimulate muscle growth. It
comes as a clear liquid, a white powder, a tablet or capsule form.
Odorless, and nearly tasteless - it can also taste salty -
though almost undetectable when mixed into a drink.
*Takes effect in 15 - 30 minutes and can last 3-6 hours.
*Usually made at home or in "street labs"


Health Risks for Your Character

*A powerful hallucinogen originally used as an animal tranquilizer.
Frequently found in a powder form that is sprinkled over
marijuana or tobacco (so this drug doesn't have to go into a drink)
but can also be found in a clear liquid form. 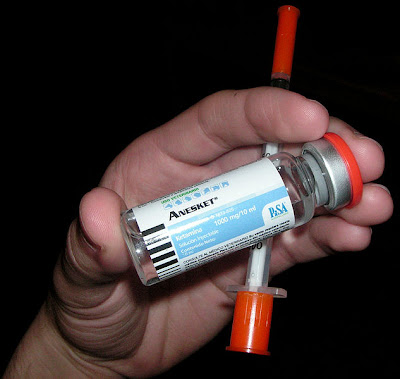 Health Risks to Your Character

WANT TO SEE THIS ARTICLE
IN ACTION?  Read MINE