Today, we are talking with Danielle Serpico about a fighter's mindset, so we can get our characters right as well as write better fight scenes. Danielle, can you start us off? Tell us a bit about your background.

Danielle -
Hi, sure yes, delighted to. The arts I have trained in are American and Chinese Kenpo and Taiji Chuan. I am a Gold and Silver European Champion. My instructor was Alan Ellis, and I also had the privilege of training on many occasions with, mainly Tommy Jordan, Erle Montague, Larry Tatum. I teach various classes and self defense seminars in the empowerment aspect of things.

Fiona -
Is there a personality difference between a lover and a fighter?

Danielle -
I believe we can be both a lover and a fighter. We touched on this previously in my other interview with you, regarding yin yang.

I believe we can be both a lover and a fighter but...

Our instinct is to avoid conflict and fighting, it is not natural for us to want to fight, however we posses a primal coding that enables us to move into fight mode when needed. Our most primitive state is one of fear, which is actually a good thing. Our ancestors would have known fear on a daily basis, and they would have understood how that fear worked, in order to enable them to survive, procreate and live some semblance of a 'happy life'. Unfortunately, society has eroded this sense of understanding of fear, and now we are confused and sometimes frightened by our 'fight' instinct. This can lead to severe emotional and health issues, such as depression and anxiety.

Fiona -
Can you talk about the mindset of a trained versus an untrained (oh, boy I hope I can get out of this one!) fighter? 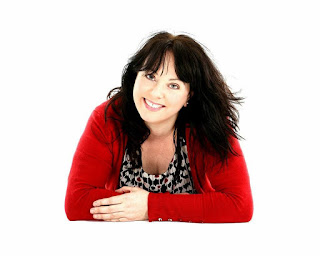 Essentially, a trained fighter will not 'think' but will react.

Fighting is an illogical activity for us to engage in as human beings. We are not programmed to harm each other so even when confronted with our own imminent destruction or injury many of us will tend to not want to fight.

The trained fighter is someone who has developed the ability to overcome layers of civilized behaviour and to automatically enter into a primal state. In this state, the thought process is bypassed because if we were to think during an altercation the thought process would slow us down.


The Chinese saying 'If someone attacks you, hit them first' is indicative of this philosophy.

In our training and preparation, we do of course have to 'think' about what we are doing, to the point of having to learn specific moves and body mechanics. However, during the actual moment of confrontation, we need to give ourselves over to our primal or animal instinct and allow that inner rage to come forth.

Fiona -
So tell me about "self-defense for the mind."

Danielle -
The greatest enemy we face is fear. The paralyzing effects of fear cannot be underestimated. In defending the 'mind' and creating strategy of protection we need to KNOW fear.

What I mean by this is we need to embrace our fear, examine them and confront them one by one. I like to have my students and clients make out a fear pyramid, with the least fearful issue at the bottom and an ascending scale of fear as it reaches the top.

The object of this is to, from the bottom up, examine and actively confront each of those fears. We don't necessarily want to completely eradicate fear, but we want to know it and why we are fearful and to be able to get ourselves to a point where we can accept that fear but not let it bind us.

In a sense, to have NO fear one must KNOW fear.

Fiona -
Having the character confront their fears is an important part of character building and can make for some very interesting plot twists.

Another technique that you speak about with your students is Eagle Vision - can you talk about this?

Danielle -
In a martial or fighting context, one should never look at an opponent's eyes, the person's eyes won't pop out and strike us!

If we concentrate on the attackers eyes or face, we narrow our field of vision, leading us vulnerable for attacks outside this visual range what we need to do is to have a peripheral view of our opponent, that is to say for example, if our opponent were standing in front of us, we would rest our gaze on their shoulder this allows us to pick up movement from our attackers hands or feet, and we can react accordingly

The Chinese call this Eagle Vision and what this technique mimics is how an eagle would look at its prey. The eagle doesn't focus on its prey, but rather on a wider area around the prey and in that way can track any movement.

I relate this technique to stepping back and taking an overview of any life situation, not just focusing on the problem but rather having a view of the bigger picture in order for us to have a better perspective of what we are dealing with.

Conversely, if the student does not understand the effects of adrenal dump, whereby the body is flooded with chemicals, which actually creates tunnel vision, then the concept of Eagle Vision will not work.

Its important for the student to understand that we must be quite proactive in our defence and learn to react before the adrenal dump kicks in, so we have a huge advantage on our opponent.

Likewise in life, in general, prompt action and positive thought can often preempt and negate many problems.

Fiona -
Obviously, one of the aspects of a trained fighter mind v. an untrained fighter has to do with thinking about things/working with mindsets that aren't normally offered to us in our day to day lives, taking the time to ponder such things as stress and focus.

What other techniques do you work with your students on to broaden their understanding, and how would these techniques show themselves in decision making by a trained fighter v. a seat of the pants fighter? 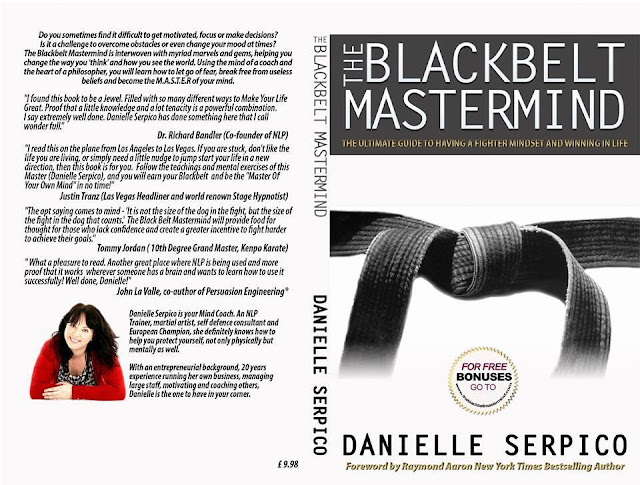 Therefore, we have to go there, to a place which is not necessarily pleasant. The same is true for the opposite of course.

In martial terms a huge part of the training with my students is the working of scenario based drills. By this I mean we deliberately fire the adrenal response.

This is achieved by placing the student under verbal assault and triggering the adrenal response by various verbal and physical methods.

The object is to place the student under a high level of stress to enable them to become familiar with the feeling of being swamped by an overload of chemicals running through the bloodstream.

It is important that they experience this because they can then know how to flip this switch in their opponent and this allows them the option of controlling the situation.

To control the situation at that point the student would have to practice what we call the Escalation drills. This allows the student to loophole their opponent and perhaps a get out clause to avoid the situation becoming physical.

I like to use what I term the Traffic Light method, whereby we have the reverse of the normal light procedure. We have red, amber and green.

Red, obviously you're stopped, nothing is happening. Amber you're switched on, your waiting and green is a go.

The life lessons from these drills in the studio can be easily assimilated into everyday life. A confrontation with the boss, a difficult argument with your spouse or children, etc. All this can be much better handled when we understand our own capacities.
And also, it doesn't have to be a violent confrontation. As I said pre-planning and programming works both ways. If you plan for a situation to go well, you stand a much better chance as you have prepared.

Fiona -
Let's talk about that last sentence for just a moment. I have found in the young people I speak with that our social environment encourages us to think we are capable of anything we put our minds to. Unfortunately, the last bit - we put our minds to - gets lopped off. They think that without putting in the brain training/muscle training/time and effort that spur of the moment they will have what it takes to do the job. That complicates the think you can/can't equation. Can you add your two cents?

Danielle -
The prevailing line of thought seems to be...that we are capable of anything.

The truth is and it is a lovely thing...is that we are not in fact capable of anything.

However, we are capable of MUCH more that we think we are.

Of course though, that requires effort as you say. The effort to success ratio is an extremely important factor.

Edison and the light bulb are a prime example. It took him many hundreds of attempts before finally achieving success. In fact each 'fail' takes us a step closer. Our unconscious mind, which makes up 93% of our decisions, doesn't know the difference between what
s real or imagined. When we visualise with real intent, the mind believes it has happened. This gives us drive and momentum but of course we now have to take action!

So whether in the Dojo or in everyday life, we must practice daily inside and out.

Danielle -
A true fighter will always recreate and innovate. Embrace your fears and get to know them. Remember...your mind is like a parachute. It only works when it's open.

Much of my teaching and philosophy was inspired by the works of Erle Montague, Larry Tatum.

Thanks, Danielle.
You can stay in touch with Danielle Serpico HERE