How Fast is FAST?


Most of us have read about our military elite operators: the SEALs who are connected with the United States navy, the Delta Force and Green Berets who are with our army. But few people have heard about our Marine special units.

We talked about one of them the Marine Raiders HERE, but there's another Marine unit called FAST. Marine Fleet-Anti-terrorism Security Team.

I featured a Marine with the Marine Raiders in WASP, the first book in the Uncommon Enemies series, and in the second book, RELIC, Brian Ackerman, our hero, is retired from a FAST unit.

FAST units are deployed all over the world. You might be most familiar with them as the team that responded to the Benghazi attack from their base in Spain.

If there is a terrorist attack anywhere in the world that involves US forces, these guys are ready to be deployed. They have received special training to handle terrorists.

Right now we have three FAST companies in the US as well as a training company. Companies A and C are located in Norfolk, Virginia, and Company B, which is located at Yorktown, Virginia. These companies operate under the control of the Marine Corps Security Force Regiment located on Naval Air Station, Norfolk, Virginia.

Can I just say all four units are about two hours from my house where there is also a SEAL team - so in the event of a zombie apocalypse, or any other disaster - I know where I'm headed.

Marines assigned to FAST have:

Elite US Marines, ready, willing, and more than able!

In RELIC, Retired Marine FAST member is now working for Iniquus where his work as one of the nation’s top security professionals has fueled his lust for adrenaline-laced danger. While Brian’s private life may seem risky, his professional life is strictly business. Until he accepts two private protection contracts that is.

The first assignment involves protecting archaeologists, Sophia Abadi and Nadia Dajani. While digging to uncover a remote site is a bit mundane by Brian’s standard, he welcomes the chance and the challenge.

The second assignment requires Brian to do his own digging to uncover the truth. The thrill seeker is contracted by the FBI to discover who is financing ISIS through the sale of conflict relics from Syria. Problem is, his suspects are also the two archaeologists.

His initial introductions to both esteemed scientists not only reveal the challenges of protecting them, but a shocking dilemma of honoring his security contract. Seems the woman he’d fallen for after one incredible night in New York is the very same Sophia he’s now charged with protecting and leading into an FBI trap.

Meet Brian Ackerman. He has a gun. He also has a heart.

I hope you enjoy reading RELIC, I look forward to hearing what you think! 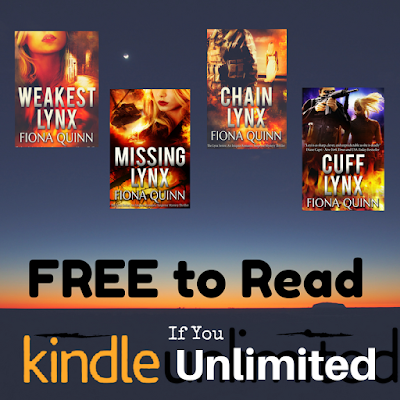 
Information for his article comes from: