Can Your Character Survive an ACTIVE SHOOTER?

In this post, I am sharing with you my notes from a Community Emergency Response Team (CERT) training, with the permission of Officer Eckridge. 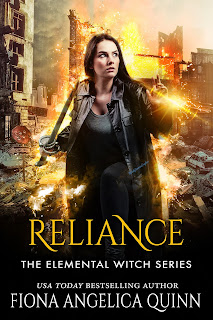 In my novel, Reliance, Sterling is a metal witch who is a good-guy acting in a bad guy's role. She is the hostage taker. She is the criminal element. If she's going to save lives, she has to be ready to take lives, too. See how I used the class in live shooter survival to plot a bank robbery.
LINK

An active shooter who is engaged in killing or attempting to kill people will in most cases be using a firearm and choosing his victims randomly, though he is looking for soft targets. (I use the masculine pronoun throughout as most mass shooters in the United States are white males.)

Typically, law enforcement is needed to stop the shooting and mitigate harm. The shooter will often stop when they hear the police sirens.

An active shooting event will most likely be over in ten to fifteen minutes. Before the police can get there, your characters must be prepared mentally and physically to deal with the situation. Until there is police on scene, it is up to your characters to save themselves. Are they up to the task?

HOW SHOULD YOUR CHARACTER RESPOND?


IF YOUR CHARACTER CAN'T EVACUATE - HIDE


AS A LAST RESORT FIGHT

WHEN THE POLICE ARRIVE

Up until Columbine, the responding officer would contain the area and wait for SWAT. Now, an officer will go in and try to take the gunman down. When writing, remember the year that you are plotting out. Pre-Columbine v. Post-Columbine. This is post-Columbine information:

I hope this helped!
Remember, I bring you my research to help enhance your reading experience and to edify your writing.

When you buy my books, you help me be able to continue this blog as a free service. Thank you for your support!