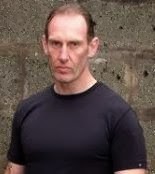 Fiona - Hi Rock, Would you please introduce yourself

to my readers, and tell us how you spend your
days and about your credentials? They are pretty
impressive.

Rock - My full time job is as an Executive Protection
Operator (Bodyguard) I work a 7 day on 7 day off
rotation for an international businessman and his
family. As I oversee 20 guys, it's pretty busy as we
travel worldwide. So it is either working, planning
or training plus much more.

My Certified Anti-Terrorism Specialist
qualifications not only helps my full time role,
but when I work for myself.
I train businesses in anti-terrorism
procedures. I also teach civilians, law
enforcement, military and bodyguards in close
quarter combat and now, of course, the writing.


Fiona - I have your book. Can you tell me about the impetus to write Meditations of a Modern Warrior.
Whom did you want to reach?

Rock - It didn't start out as a book. I had been doing a newsletter and had so many people asking for back
issues. Someone said I should put it into a book form, and so I did.
The book is really for anyone regardless of  age, experience with violence/dangerous environment,
or employment. Over 90% of being secure is mental, so the book mostly informs people how to
look at themselves, their environment, and generally how they live or should live to be secure. It's
getting the average person to take on the correct mind-set.

Fiona - Authors, if you are writing a a plot line that includes a safety detail, this is a great resource book for
you. It includes all kinds of possible plot twists that Rock is preparing professionals to face. It will
help you understand thought process and preparation as well as write those awesome combat
scenes.

Rock, let's pretend just that. I am writing a plot line where I have a heroine who needs protection
because she is a daughter of an executive worth mega bucks. What do you tell her about what life
will be like with close protection?

Rock - Well I have been in that position so this is first-hand knowledge. As a young person, they don't
want you there, and if I was in there shoes I would not want anyone cramping my style either. It is a
master and slave relationship and a lot of give and take to build up trust. Depending on the threat,
high medium or low risk, the environment that the daughter lives in and travels to, and also the people
with whom she associates are going to impact how the operation is handled.

The more space you can give them when it is safe, the closer you can get when the situation changes.
They are the masters (Employers) but when the shit hits the fan, it is a role reversal if they want to
live or remain unharmed. Through the work of building trust, they learn to recognize from the
bodyguard the signs of trouble and know how to behave and obey orders when command of the
situation falls firmly onto the bodyguard. And they effectively become the slave. I use the code word
'Harden Up' as an indicator from me to them that it's going serious, and they have a Pre-text fast
dial to me with the same code word to get me running.

Fiona - "Harden up" - I LOVE that! Okay lets talk things going serious, can you give me an instance when
you would say "harden up"? And another instance when the Principal would text you the "harden up"
message.

Rock - I work as either an IBG (Individual Bodyguard) or as a team leader in charge of a team.
As an IBG, I am giving orders to my boss. As a team leader I am giving orders to my team.
As an IBG, unless there is a direct threat, it will be the opportunist who attacks.
Unarmed, edged or blunt trauma weapons or firearms. On my command of "Harden up," I need to
simultaneously move the principal out of harms way and take on threat. 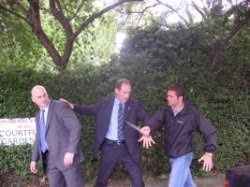 You can see this on the website under close protection and the latest blog post gives a bit more
detail. (BLOG LINK to Rock Higgins Blog Article on this subject) With a team the nearest person
to the threat gives the order to "Harden up," he takes on the threat while the team evacs the principal.

Fiona - And the text message?

Rock - For example in Moscow, you know you are in a nice place when doormen (bouncers) have AKs
and chest riggs. A family friend's party, at the venue we don't know any of other guests, so there
may be an indirect threat. Then a family friend turns up with three SUV type vehicles. Eight uniformed
soldiers in urban camo de-bus and go into all round defense with AKs, and the family friend gets out
and goes into the venue. As we are in the venue but not close, that is when the txt message comes in
handy.

Fiona - What do you call the person you are protecting is there a specific term?

Rock - Kids get called by their name, wives or husbands Mr. or Mrs. surname.

Fiona - Can you tell me some of the criteria that would put someone in a low
medium of high risk category?

Medium risk -
*City / town being visited has normal / average
crime rate.
* Emergency services in place are slow or only
respond to certain crimes /emergencies.
* Terrorists have been active in the area in the
past.
* No direct threat against family member.
* Opportunist attack is more prevalent.
* Contingency plans to be put into place. 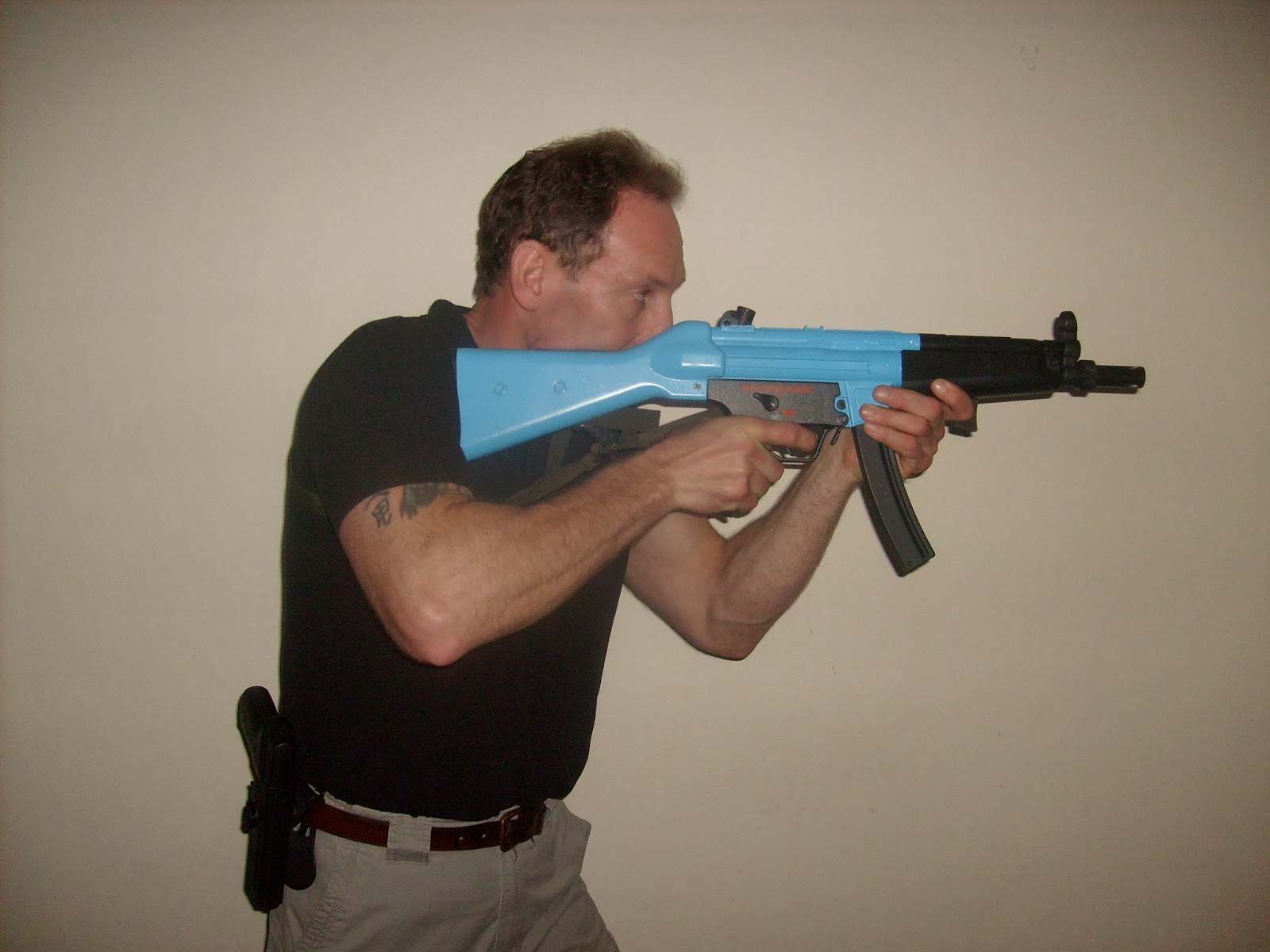 Extreme Risk -
* These are personal risk assessments which are
combined with a country risk level to give a more
in-depth picture of threats faced.

Fiona - Has one of your young people (or older
people for that matter) ever tried to ditch
you?

Rock - Young people trying to do runner. Yes that
happens a  lot of the times, especially where
boyfriends were concerned.

Fiona - Hahaha Can you blame them?

Rock - Nope, but it's a right pain in the backside

Rock - Yes once the guys knew who we were and what we did, they usually were on side. But there
have been some fantastic escape plans that I am sure prisoners of war would be proud of.

Fiona - LOL I actually clapped my hands when I read your last answer. Can you tell us a story?

Rock - Without giving too much away... 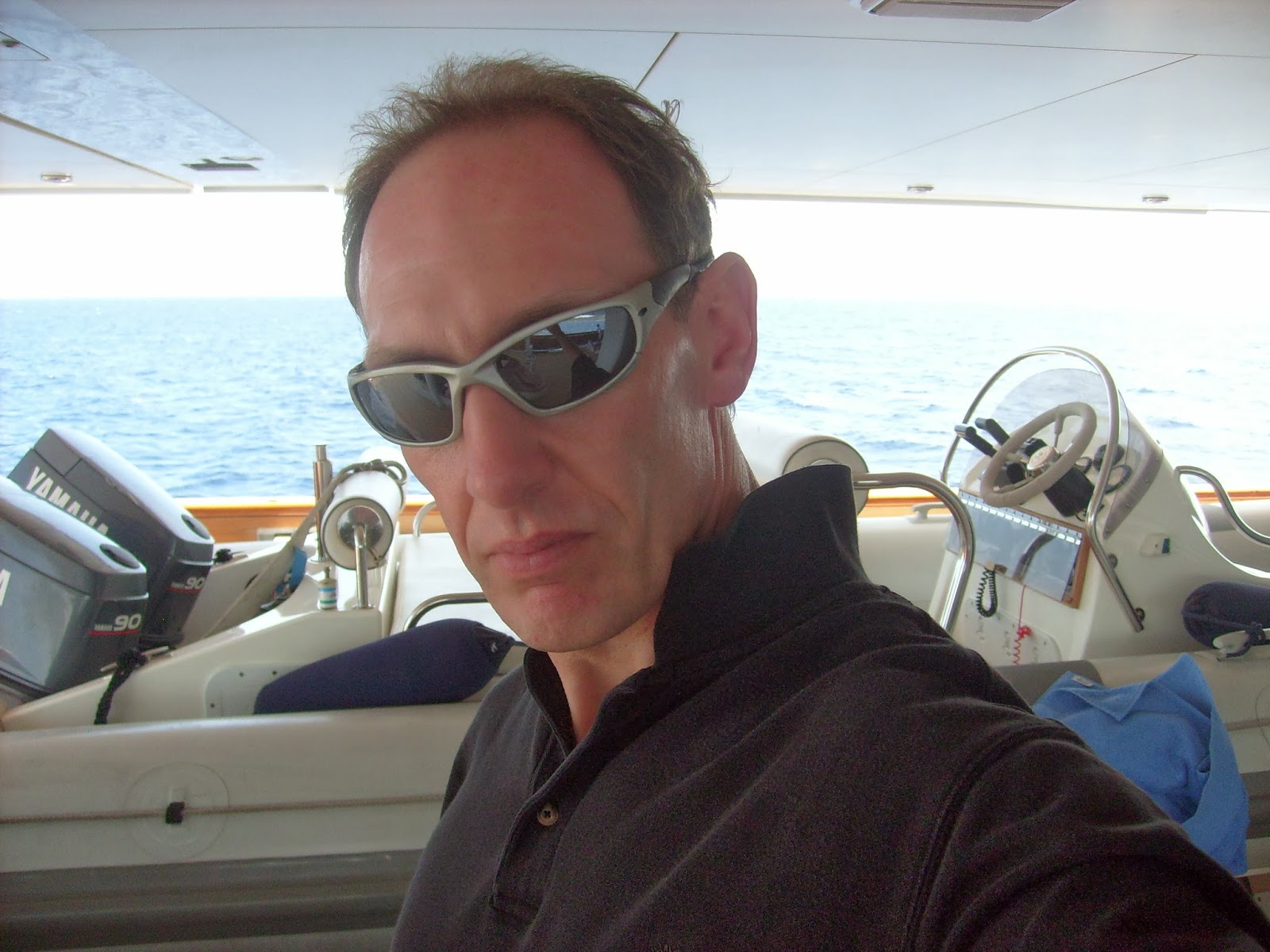 We could not figure out how one young
person was getting out of a secure building,
we even actually made a joke about how
they were getting out that in fact was true.
I was asked to load some luggage for a
family friend into a car, a suitcase which I
struggled to lift. I got another to help me and
as we were putting the case into the boot I
said wouldn't it be funny if such and such
was in here. Well it turned out that was how
they were getting out of the building. The
next time I was asked, I opened the case
before it left the building, and a head and
shoulders popped out. Although serious, I
couldn't help but laugh at how ingenious they were.

I could actually write a book on all of the funny stories without giving any operational details away,
maybe in the future.

Fiona - You should! Very cool that you are living what we are writing.

Fiona - Rock, can you describe your favorite scar and tell us the story behind it?

Rock - That has got me stumped. Through all of my military career, my security work and all of the insane
contact sports I play, I am pretty scar-less. I do though have a dislocated little finger that is out of
shape from playing rugby and every time I look at it, I laugh as I remember it was snapped in half
and bent backwards. At the time, I let out a very girl-y high-pitched squeal which I am to this day
embarrassed about.

Fiona - I'd pay good money for a video of that!

Fiona  - Rock, thank you for the pleasure of your company and for sharing all of this wonderful information.

Readers, you can catch up with Rock through: 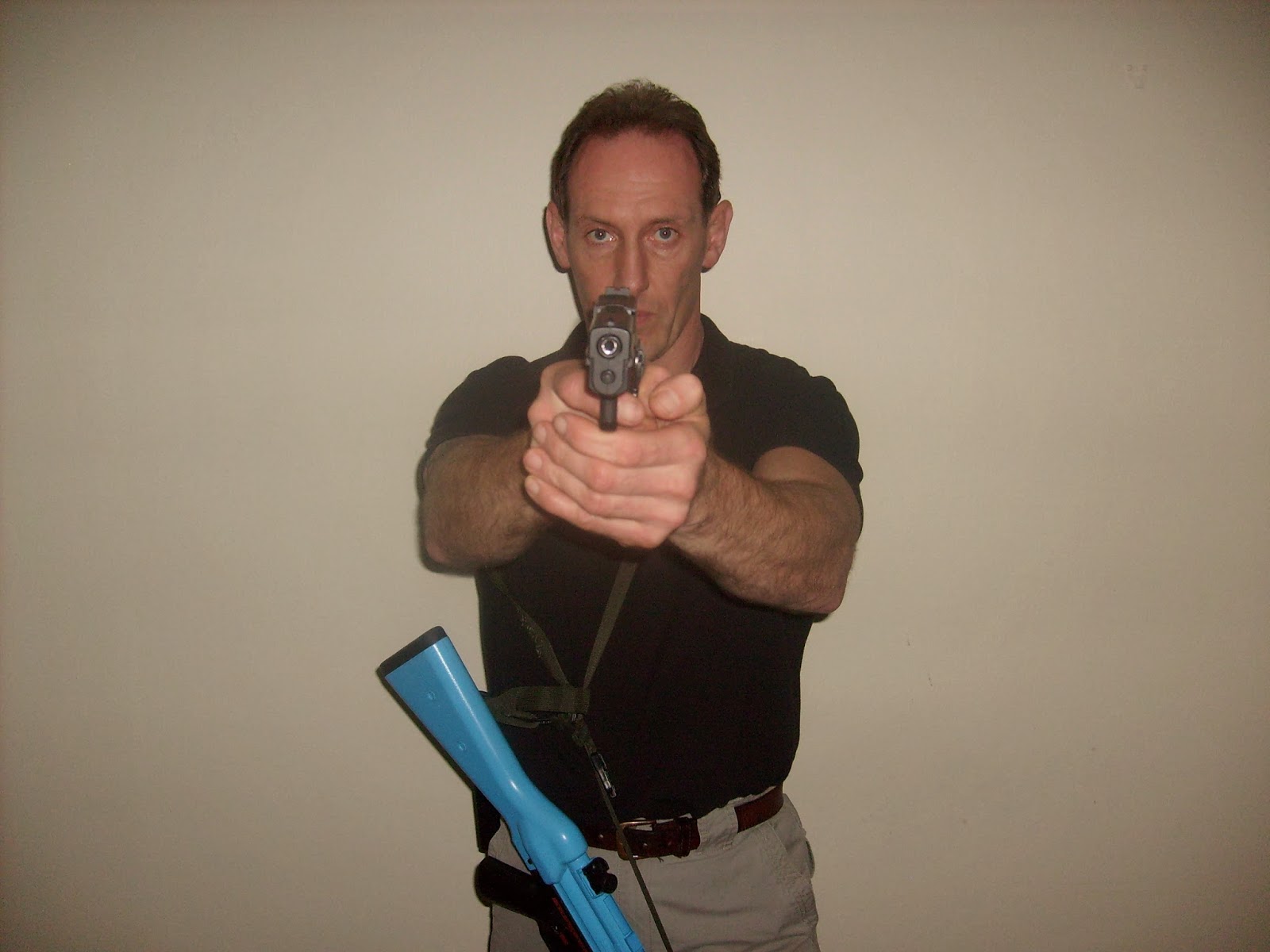