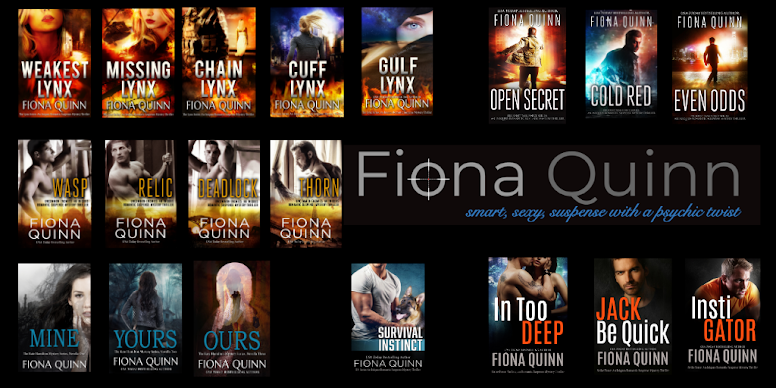 How to Avoid the 3 Most Common Weapons Mistakes Writers Make

ThrillWriting is thrilled to have 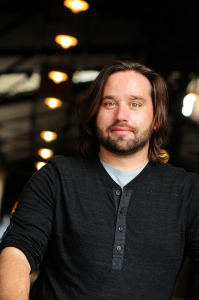 I'm just going to sit back and take notes.

Benjamin Sobieck -
Once you know what to look for, it’s hard to “unsee” weapons errors in fiction. Readers may be more forgiving in this department, but for writers with “the eye,” these are opportunities to learn something new, discover what not to do or quietly retreat into a hole of writerly purgatory for having committed the same sin.

I’m only half kidding. Despite a career in non-fiction publishing that requires me to know something about firearms, knives and other stabby/shooty things, I committed my fair share of biffs. Then I course-corrected and wrote The Writer’s Guide to Weapons: A Practical Reference for Using Firearms and Knives in Fiction for Writer’s Digest Books. Now I’m not the only one with “the eye” out there.

Whether you have it or not, here are the three most common mistakes writers make when it comes to weapons, as well as how to fix them in ways that don’t shamelessly plug my book.

1) Forgetting What the Character is Using


Recently, I received a message over Twitter that sums this up perfectly:


“I just read part of a novel in which the author referred to a character’s weapon as both a rifle and a shotgun - wtf.”

This happens time and time again, and I’m starting to wonder if I’m the moron for granting the benefit of the doubt. Did the writer seriously forget from chapter to chapter if that bang-stick was a rifle or a shotgun? This is a yes-or-no question that ought to be, at the very least, answerable more than once. Was the character using a rifle or a shotgun? Wearing pants or no pants? Presently on fire or not on fire? Interested in real estate investments on Mars or not interested?

I suppose a writer could be confused about the differences in those terms. That’s addressed later in this article.

Solution: Consistency, writerfolk, will save you a load of trouble in the weapons department, even if the terminology is confusing. Write it down if it’s hard to keep track of the weapons involved. You are, after all, a writer.

I once interviewed a comedian for a newspaper who never went on stage without something to drink in his hands. I asked him why, and he said drinking helped with the timing (and, perhaps, with stage fright, but I digress). It let the audience know when to laugh, and it gave him a brief opportunity to reset.

Some writers have adopted a similar technique. Characters will fidget with their weapons to heighten drama, chew scenery, look tough, wait in dentist offices, etc. If you’re well familiar with those weapons and what to avoid, this isn’t an issue. But if you’re only lukewarm on firearms, knives and other methods of fictional mayhem, this is precisely the moment your naivete is put on full display.

I’m talking about cocking, working the safety, racking slides, pumping, loading, reloading and the lot. You know the tropes. It’s the equivalent of characters picking their noses.

Fiona - Sorry, I spit my drink when I read that last bit, and I think I got a little on you, there. Here's a towel. Uhm, I think I interrupted your solution...

Ben -
Solution: Stop it with the fidgeting. Have the characters sit on their hands if this becomes an issue.


I’ve biffed on technical weapons terms even when I knew better. This is challenging stuff, especially with how different the canon of hand cannons you get from pop culture is from the real deal. Even when you play it straight from the firearm industry, things change. I’m old enough to remember the days before the terms “modern sporting rifle” and “MSR” came into play to describe “anything that is or looks like an AR-15 for the civilian market.”

These nuances aren’t something you learn overnight, but there is a core lexicon you can adopt to get you through most of those hurdles. I can’t list them all here, but you might find some help from oh, say, The Writer’s Guide to Weapons: A Practical Reference for Using Firearms and Knives in Fiction. Or you could hire someone in the know to audit your work for proper terminology.

Writers satisfied with dubious definitions dispatched by pop culture do so at their own risk. It doesn’t matter if you’re left of Mao on the issue of gun control or the reincarnation of Charlton Heston. Certain words mean certain things. A rifle is not a shotgun. The capital of the United States is not New York City. No one actually enjoys eating Peeps. Facts are facts.

Solution: Either read up, use these things for yourself or go as generic as possible (“rifle” instead of “AR-15”).

I’m not here to scold anyone. I’m actually not the smartest guy in the room. You are, because I’m not the one writing your story. I want you to put your best foot forward

when it comes to this stuff. If you’re at all interested in not looking like you fell off the turnip truck, check out my book, my website or bounce questions off someone familiar with these things. It’s OK. They won’t bite. They have guns. Why bother with teeth? 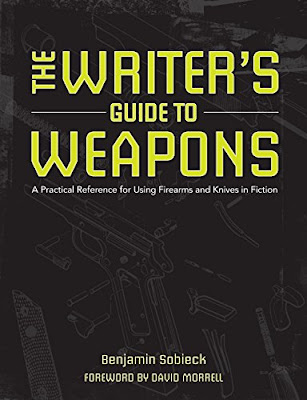 Benjamin Sobieck is the author of The Writer’s Guide to Weapons: A Practical Reference for Using Firearms and Knives in Fiction, published by Writer’s Digest Books.

He maintains a blog about weapons and writing fiction at crimefictionbook.com.

He’s also a Wattpad Star, with more than a million reads on fictional work such as When the Black-Eyed Children Knock; he has also won a 2016 Watty Award.

Additionally, he is the creator of The Writer’s Glove, a thin glove for keeping hands warm while typing on a keyboard.

So check out Ben's links! I hope the takeaway from this week is a little research makes you and your story credible. When readers aren't shaking their head saying, "What? That author's just wrong!" then they can put all that energy into saying, "What? I totally didn't see that coming, what a great author!"