Fiona -
Hi Janet and welcome to
ThrillWriting. Why don't we start by your introducing yourself and your credentials?

Janet - My name is Janet Buck, but I write the Guardian Witch series for Etopia Press under the pen name of Ally Shields. I have a BA in English and a Juris Doctorate in Law. I spent most of my career working
in the Juvenile Court System in
Des Moines, Iowa.

Fiona - Do you have a particular specialty or an area that interests you?

Janet - I handled both delinquency and child in need of assistance cases, but my favorite time was working in direct investigations of severe child abuse cases with the CATT or Child Abuse Trauma Team.

Fiona - Would you take some time to describe the scope of CATT and how it operates?

Janet - The CATT unit is a special investigative team formed in response to growing concerns from the county prosecutor's office, juvenile court services and child protective services that additional efforts were needed to safeguard child victims of severe and/or life-threatening physical abuse and neglect.

Experience had shown that not only did these children need protection during the abusive crisis but long-term protection in the form of Child in Need of Assistance petitions and possible criminal charges against the perpetrators. Prior investigations had lacked the necessary inter-agency coordination to uniformly achieve those results.

A review of previous severe cases revealed substantial delays in reporting these cases to law enforcement and officer frustration because the victims were often too young to explain what happened. Physical evidence had not been properly preserved, witnesses had often changed stories by the time they were interviewed, injuries had not been consistently documents through photographs, and available medical evidentiary methods had not been utilized. In an effort to correct these issues, a new procedure, utilizing the best tenants of a homicide investigation, was devised to initiate an immediate, multidisciplinary response to every report of severe physical abuse.

In accordance with this plan, the CATT core unit of three investigators:
(1) a Juvenile Court officer
(2) an investigator from the prosecutor's office
(3) a child protective investigator
commences an investigation with 30 minutes of the referral, regardless of the day or hour, by proceeding to the location of the injured child. The parents or caretakers and any available witnesses are interviewed at the scene, photographs are taken of the injuries and the "crime scene" and physical evidence is collected. 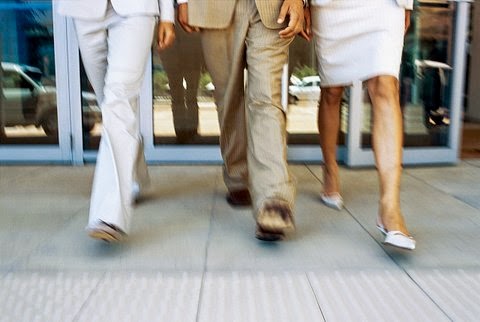 During and at the completion of the investigation, the team members discuss their findings and initiate the appropriate response by their respective agencies.

At the end of the first four years of operation, the team had investigated more than 300 cases involving 447 children. 69% of the cases were found to be non-accidental abuse, resulting in protection of the children through the juvenile court and department of human services. Criminal charges were pursued in approximately 24% of the proven cases, resulting in guilty verdicts including 1st degree murder, 2nd degree murder, kidnapping and felony child endangerment.

The procedures were eventually adopted into the local law enforcement agencies, received national recognized, and were duplicated in several states. 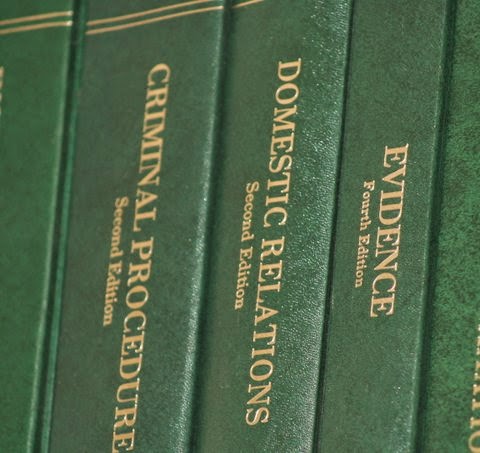 Fiona - I see that 24 percent of the cases are successfully prosecuted, is that a good percentage? What happens in the other 3/4 of the cases?

Janet - 24 percent of them were criminally prosecuted, with a 98 percent conviction rate. Every founded cases was filed in juvenile court or placed under supervision of our department of human services.

Janet - In child abuse cases, you walk a fine line between punishment and what is in the best interests of the child and family. Criminal charges are not always deemed necessary to safeguard the child and would be too disruptive of the family if the rehabilitation can be done under juvenile court supervision rather than criminal court.

Fiona - What are some other options available to safeguard the child and preserve family?

Janet -
* Temporary removal of the child from the home or even better,
removing the perpetrator.
* Intensive in-home services, workers who actually are with the
family, whenever the perpetrator would be present.
* Counseling
* Drug screens, etc.

Fiona - So, for example, a mother could be home with her children and the abusive father would be removed. Would they safeguard them only with a restraining order? Have you found that to be effective?

Janet - The Juvenile Court actually has a lot of jurisdiction over parents. If the perp violated a juvenile court order, he could be arrested or his rights to see the child permanently terminated.

No, restraining orders aren't worth much unless someone is there to enforce them. Fortunately, in juvenile court cases, we don't rely on family members to report violations. There are workers at the house monitoring compliance.

Fiona - These are social workers?

Fiona - Why don't you quickly explain guardian ad litems and their role in the courts? And then, I want to go back to social workers.

Janet - Every child that appears in juvenile court (and many other civil proceedings) is appointed a guardian ad litem (GAL)who represents the child's best interests. He goes to court and may participate in any agency meeting where the child is being discussed. In Polk County, Iowa, this person is an attorney (not the case in all states).

The child may also have a separate attorney who represents his legal rights. The same person can act as both attorney and GAL, but it can also present a conflict of interest; i.e. a child may want his attorney to argue that he goes home, but the GAL feels that would not be safe.

Fiona - At one point in my life, I was a court-ordered emergency interventionist, who went into the homes of children at risk and tried to solidify the framework of the families structure. At this time, and in my experience, I found that social workers stayed in their offices and had way to many files sitting on their desks for them to be effective in consistent intervention and protection of the children. Is this your experience? And if so, how does your program help address this issue - or does it even try?

Janet - I certainly find that is the norm on an average case. But on the trauma cases, which were high profile, severe cases, we had a hand-picked group of child protective workers who were dedicated to this project. That's part of what was so incredible about working with CATT, the dedication on everyone involved.

Fiona - I can't tell you how happy I am to hear about this program. Truly, it's a wonderful step for children's safety.

So let's say someone is writing a plot line on a severe case. A character intervenes on the part of the child, calling 911. The wheels are in motion - the police and ambulance en route. What happens next? Who is called? When/where are decisions made?

Janet - Police dispatch immediately pages three people. Originally, that was me from juvenile court, an investigator from the county attorneys office, and a child protective investigator. We would immediately proceed to the location of the child - usually a hospital, talk with the reporting person, observe the injuries, interview caretakers, witnesses, visit the scene and take photographs.

The child would remain at the hospital while that was going on. The team would then confer again with the doctors and parents to determine what placement - home or elsewhere would best safeguard the child. If a court order is required, we would approach the judge at that point for a temporary removal order. The investigation would continue until we were satisfied we knew exactly what had happened and what needed to be done to prevent further abuse.

Sometimes, after we went to the scene and could report exactly what happened, the doctors would realize that it had been an accident after all. On the other hand, one case was solved quickly by a dry bathtub. It was a scalding case where the parents said the child had turned on the hot water during a bath. We were there within 15 min. and the tub was dry. It was later shown the water temp was also not sufficient to cause the burns. Because we had that info, the caretaker eventually confessed.

Fiona - And what constitutes a case that would garner this kind of attention?


Fiona - Thank goodness this system is in place!

You have been very generous to share this information with us. I want to make sure we have enough time to talk about your fiction writing.

You write paranormal fiction - and can I say that your covers are gorgeous. How did you find your way to this genre? Can you talk a little about your writing?

Janet - I've always enjoyed reading
paranormal fiction, but I never intended to write it. I started out to write a cop story, kind of a police procedural, but the second day of writing my protagonist, Ari, told me she was a witch. So that meant a lot of world building - which I thoroughly enjoyed.

The series that developed has a lot of my experiences with the CATT team as its basis - Ari often works with a cop partner. The interviews, the discussions of the facts, etc. all those come out of that past experience. As the series has progressed, Ari's "day job" as a supernatural cop has kind of taken second place to all the problems involving the vampires and the charismatic vampire prince Andreas. While there is an strong overall story arc, each book does have a resolution of a police case or some mystery.

Fiona - Before I let you go, I always
ask those visiting on ThrillWriting to tell us about their favorite scar - if no scar do you have a harrowing
story to share?

Janet - I do have a favorite scar just above my upper lip. I used to have a saddlebred horse that I loved dearly. When his half-brother was put up for sale by the breeder, I of course had to have him. But Feeling Good certainly lived up to his name! On my second ride, I was thrown, he jumped into my face and apparently knocked me out. However, I caught the horse, took him back to the stable, unsaddle, etc. and called for help. But remembered none of it!

Fiona - What a great story. Janet it was wonderful to get to know you. Thank you so much for your care and concern of the children not only in your area - but the spreading use of your program. I'm sure your good karma points are adding up quickly. Best of luck with your writing!