As many of you know, I've been in front of my share of judges. I used to work as a court-mandated interventionist for families at risk.

I'm typing confidently along on my newest MS, when I stopped. Wait. I think I know judges because of my job, and my TV watching. When it comes to my job, I basically nodded my head and said, "yes, ma'am." From TV... well if you're a ThrillWriting reader you know better than to get your facts from TV. So I looked up Bill Hopkins whom I've had the pleasure to meet at WPA events over the years and asked him if he'd mind setting us straight.

Judge, would you introduce yourself to everyone? 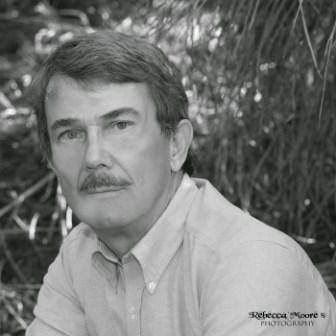 Judge Hopkins-
My name is Bill Hopkins and I have been in the legal profession since 1971. I have been a civil attorney, criminal defense attorney, prosecutor, administrative law judge, and trial court judge, all in the state of Missouri.

Can you explain how one becomes a judge? What credentials MUST be on their resume?

One thing I always tried to do was give people a chance to talk. I've found that if you give a person about six minutes of uninterrupted time to talk, that's about all it takes. I may've thrown a person in jail, but I let them talk first. People want to talk. A fellow judge said to me once, "Everyone needs to vomit before you get down to business."

Fiona -
Hahaha! That was colorful.

Would you please expound on your good and bad attributes that you started above? If I am an author painting the picture of a judge, what types of personality qualities would make me a good one? And conversely what if I were writing a judge who absolutely should not be sitting on the bench - what kind of personality attributes would I give her?

A listener. That doesn't mean the judge lets the lawyers or parties run over him. (I'm old fashioned. The masculine pronouns are shared by males and females. Females, on the other hand, get their very own pronouns!) It means that the judge will look the person in the eye and give them the chance to say something.

Also, common sense. Once I had a fight between a male lawyer and a female lawyer in Saint Louis City. The problem was that someone had issued a garnishment in a child support case for $90,000.00 but it should've been $9,000.00. I asked them both, "Do you all agree that this was a clerical error?" They both said yes. "Then," I said, "get it corrected and stop wasting my time. Next case." The clerk later told me (privately), "My judge would've let them argue that for two hours." I wanted to say, but didn't, "Then your judge has no common sense."

A third thing that makes a good judge is following the law. Once I told a city attorney that he best not be filing charges under an ordinance that said no political signs were allowed in the yard of a house 40 days after an election. "Why not?" she asked. I said, "It's unconstitutional. If I want to put a sign in my yard that says VOTE FOR GEORGE WASHINGTON, you can't stop me."

A fourth thing is remember that the law is a bunch of jargon that most people (including lawyers) don't understand. Explain it to people. You can't give them legal advice, but you can tell them when they need to get a lawyer. Once I was arraigning a fellow for car theft. I read the charge and it said he'd stolen a Plymouth. "Judge," he interrupted. "It was a Dodge." I said, "Shut up and don't talk to the cops till you get a lawyer."

There are judges on the take. With private probation and parole, the legal system profits with more people who are in jail or are on probation or parole. That leads to corruption of judges. It happens and it's hard to root out.

Bad judges also belittle lawyers and parties in public. This is despicable as far as I'm concerned. I would've treated Charles Manson with politeness. I have nothing to gain and everything to lose by being the idiot behind the bench in the courtroom.

Bad judges are lazy. Once I was holding divorce court in Saint Louis County on a Friday. The cops kept bringing me arrest warrants to be signed. After signing the fifth one, I said, "I don't mind signing warrants, but I'm a visiting judge. Why don't you have one of your own judges sign these?" The cop said, "You're the only judge in the courthouse."

Fiona -
Just how much power do you have as a judge? Are your parameters pretty tight? Where do you have leeway?

Also, if someone shows contempt for the court, the judge could send that person to jail without a hearing or without a lawyer. A woman was called for jury duty and didn't show up. I had the sheriff drag her into court, and she didn't have an excuse. I threw her in jail for 24 hours. No one ever missed jury duty after that.

Judge, you are now also a writer, can you share with us your newest book? What can we look forward to? 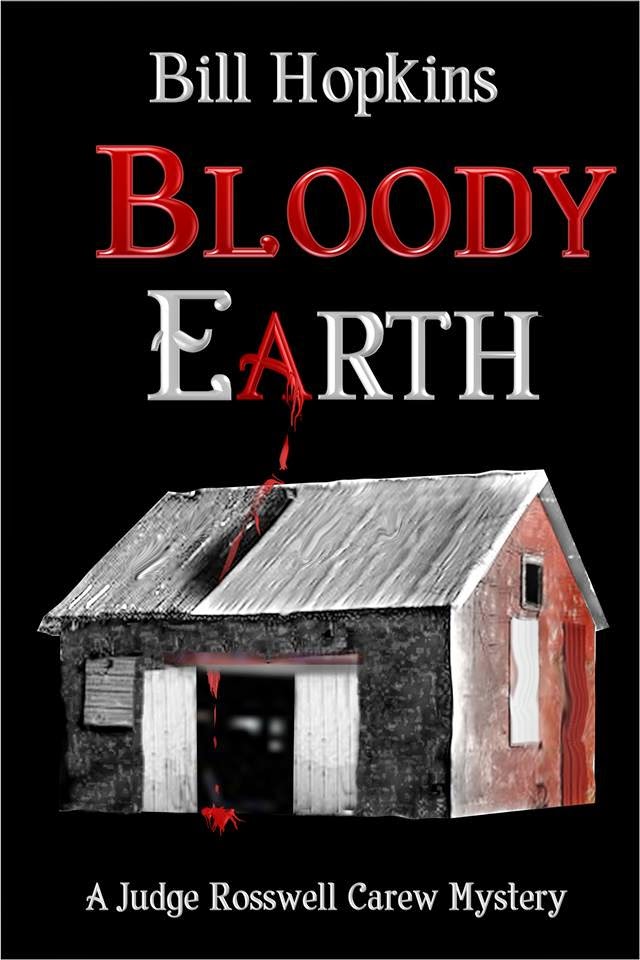 Judge Hopkins -
BLOODY EARTH: After he witnesses the prosecutor tumble to his death on the steps of the Common Pleas courthouse in Cape Girardeau, Missouri, Judge Rosswell Carew immediately suspects his archenemy Nathaniel Dahlbert of murder.

None of the authorities believe Rosswell because of his troublesome background. When he teams up with his reluctant “research assistant” Ollie Groton, unknown hiding places, untold secrets, and unsolved crimes push Rosswell to the brink. If he can’t convince the cops who the murderer is, his own life, along with the lives of his family and friends, may also come to a grisly end.

Fiona -
Very fun. I look forward to reading that.

Here on ThrillWriting, it is tradition for guests to share their favorite scar story and to that can you add a funny judge story? Hopefully they are not one and the same.

Judge Hopkins -
I was in Saint Louis County. I held court up there and came home after a few days.

I got a call from one of the clerks up there. "Judge, we found an extra robe up here but we don't know whose it is. Would it be yours?"

Silence for a long time. Then, "Judge, it's BLACK."

Fiona -
Ha! I would have liked to have seen the perplexed look on his face!

Judge Hopkins -
My favorite (and only scar) runs across the hairline of my skull horizontally. When I was four years old, I found an inner spring mattress leaning against a tree in the yard. (A picture is attached because young people don't know what that is and I doubt have ever seen one.) Why this lethal item was leaning against the tree has never been explained to me. I suspect it was a trap set by my parents or perhaps my three sisters. Anyway, like any good little boy, I started climbing up it and it fell backward and split my head open. This has been good for me in lots of ways since it's always been a convenient excuse to explain away some of my actions in later life.

Fiona -
What do you wish that I had asked so people would FINALLY know/understand about being a judge, and they can write it right.

Judges do NOT wear a robe off the bench, unless you're on the national news and some big shot talking head is interviewing you.

Second, the next person who says to me (because I've heard 173,492 times), "Here comes the judge" will be shot. I am armed and dangerous.

Fiona -
And just so you know, I was going to name this article, "Here Comes the Judge." Knowing that it is indeed true that Judge Hopkins is armed and dangerous, I have changed it, for self-preservation's sake.

Thank you so much for joining us today, Judge.