Hitting It Out of the Park: Writing Sports in Your Story with Monte Dutton 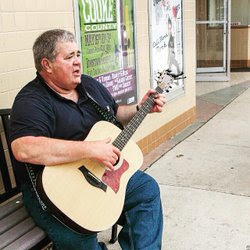 Fiona-
Monte, so great for you to come over and share your expertise with us ThrillWriters. Can you give me a quick glimpse at your background as a sports writer?

Monte -
I'm one of those kids who starts writing three graphs for the local paper when he's 14. I started writing diaries about football practice as a means of getting better at typing. I planned on being a lawyer when I went to college and got accepted, but, after four years of pre-law, I had developed a dislike of lawyers. I decided to take a year off, got a writing job, loved it, won a bunch of awards, and kept at it, not knowing, of course, that one day the slow death of newspapers would begin. I always wanted to write fiction, though. It was just a matter of honing my skills.

Fiona -
And you took your love of sport into your writing. Your Kindle Scout Winning book, CRAZY OF NATURAL CAUSES (which, by the way, I thought was fantastic) centered around the football field BUT it wasn't really about football at all, and this Canadian girl--who understands very little about football--was still intrigued by the story line. Can you tell folks about your book, and then how you were able to write about sports (football) while still not writing about sports? Making it accessible to all kinds of readers?

Monte -
Crazy started out being even crazier, I wanted to write sort of a farce, but once I invented Chance Benford, the maniacal football coach who loses everything, I had grown to take him a bit more seriously.

Chance becomes a man buffeted about, reinventing himself on the fly, swept away by a current and coping the best he can. He's a good man, but a flawed one. Not a saint. Not a sinner. Like most of us, somewhere in between. In short, I came to care about Chance. I wrote through him and made some changes based on how this man I created would react in this absurd world in which he, and, to a lesser extent, most of us, is living. It's amusing, but it's not a comedy. It's perilous. He acquires enemies. There are people out to get him. He was a football coach, though. He's resourceful.

Sports is in all my three novels so far, but only the middle one is really a sports novel. The first, The Audacity of Dope, is about a pot-smoking songwriter who reluctantly becomes a national hero.
Riley Mansfield is an ex-football player.

The Intangibles is centered around a high school football team, but it's about the South and civil rights and the 1960s.

Chance starts out as a football coach. What I love about sports writing is that it's all right there in front of you. In other areas of life, people fold under pressure and commit fouls, but most of the time, it's behind closed doors. A ballgame is right out there in the spotlight. To summarize, in writing about other issues, I tend to include sports because it has been a vibrant part of my life and I know a lot about it.

Fiona -
If a writer is including sports in their writing, what guidelines could you give them so that it doesn't read like a play by play of a Monday night game?

Monte -
Here's one suggestion that I have come across in sports-themed novels. Sometimes the narrative seems to suggest that the character being voiced is something of a simpleton, even as it is obvious from the narrative that he or she is most definitely not. It's a lot of the reason I've written in third person so far.

Secondly, remember the writer's obligation to tell the reader something he doesn't already know. Know the game well enough not to botch its details, but, in fiction, dwell more on motivations and emotions. A sporting event is worthwhile for writers of thrillers. Lots of shocking things happen. Lots of clues are left. I dramatic game or auto race could easily be the basis of an allegory.

Fiona -
Let's talk about characters. In sports there is the dynamic of team and individual. How can you balance those in your character and how do you keep from making the whole thing into one great big cliche?

Monte -
I think I'm more of a myth buster than perpetuator. I'm irreverent by nature, and journalism naturally cultivates cynicism. It's easy to typecast people. I'm a populist as a writer and in general, I like to knock the high and mighty down to size. My characters are resourceful, mischievous, likable, flawed, and more than what appears on the surface. There are few stock characters in my books. I don't know. Some might say they are predictably flawed, mischievous, et al. I just try to conjure up characters that intrigue me, figuring there must be others out there who will feel the same way. It's hard to describe a concrete way to avoid clichés, It's sort of like keeping score at a baseball game. There's only one way, which is the way that works for you.

Fiona -
You have a new book on Kindle Scout - one that is not sports-centric. Can you give us a peek? 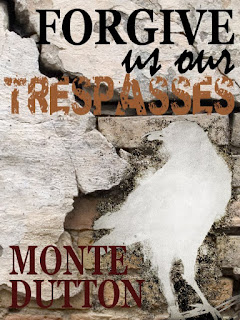 Forgive Us Our Trespasses

by MONTE DUTTON
Good cop vs. bad politician. One must die.
Denny Frawley is a corrupt prosecutor with ambition. Hal Kinley, who has known Frawley all his life, is a good cop who has watched his friend grow into an unscrupulous monster. Among the obstacles in Frawley's path to the governorship are an alcoholic spouse, a scheming mistress, and his drug-dealing twins. The kids are as awash in corruption as their father. Kinley's son has been drawn into their orbit. Kinley is determined to save his son and stop his old friend. The odds do not favor him


Fiona -
If you go to this LINK and give this book a thumbs up - it will be delivered to your Kindle for FREE if Monte earns the contract.

Does this novel have any sports in it?

Monte -
A little golf and baseball. It's a fable about the corruptive influence of patronage. Good cop vs. evil prosecutor and his conniving, murderous minions (not cartoon variety). Denny Frawley is a mean, bigoted crook who wants to steamroll his way to the governorship. He has an alcoholic wife, a scheming mistress, and a pair of drug-dealing twins, who are chips off the old block. Hal Kinley has known Frawley all his life. Kinley's son has fallen under the spell of the Frawley twins, and Hal's goal is to stop Frawley's rise and win back the respect of his son.

Fiona -
If I were writing about a sportscaster/ sports journalist, what personality traits would be helpful to have and what characteristics would make them a bad fit for their job?

Monte -
Hardworking, underpaid, all sorts of dysfunctions bred from travel, cynical from years of being manipulated and lied to. Sports writers are often flawed. They are fun-loving, and inevitably they are embittered as their world changes.

Broadcasters have greater egos, are generally prettier, and grow adept at putting on airs, owing to the dramatizing that comes with the job. Sports writers are more insecure. Broadcasters crave adulation. Then, of course, there are exceptions on both sides. Broadcasters are seldom hard-bitten, though.

Fiona -
Thanks, Monte. And now, we insist that you tell us a sports related, perilous story of near woe.

Monte -
Sports writers have many weaknesses, but they work long hours. Most show up early, and most work late. The sports palaces are darkened and empty hulks by the time most scribes trudge back to their cars, and from there to the room, the airport, and occasionally even home.

I traveled the country following race cars for twenty years. I still write weekly columns about them. About five hundred times I watched, listened, asked questions, transcribed the answers and tried to assemble a series of stories – typically a race story, notebook, a few facts and quotes for what we called “the rail,” and a column – and ship them electronically back to the home office for dissemination.

Hours after a NASCAR race at the sprawling track in Kansas City, Kansas, as dusk was settling over the mass desertion, three friends and I stacked our papers, filled our briefcases and backpacks, donned our windbreakers and headed out.

Behind the Kansas Speedway suite level – the press box is generally the suite with the worst food and fewest drunks – is sort of a breezeway, a long, open-air hall, with the suites on one side and rails on the other, interspersed at regular intervals by elevator cylinders.

We were all about to get on the elevator when one’s cell phone rang. He answered, and it was obviously a call he had to answer. The office, maybe, or his wife, maybe even a race car driver he had been trying to reach for his day-after column.

The rest of us could have boarded, but, out of collegiality, I suppose, we waited.

It was the best phone call ever, even for those of us who still don’t know who it was.

We got on the elevator, and, apparently, the noise reduction, or whatever elevators have, masked the sound of shots being fired because, at the precise time we were descending, at the bottom of the shaft, an armed robbery was taking place at the track’s box office, or whatever they called the place where people counted lots of money on the evening after a NASCAR race where about eighty thousand people had paid their way in.

An off-duty police officer was shot. If the box office had been on the same side of the cylinder as the elevator, four journalists might, too, have been shot. The timing that saved us was crucial. It was the time one of us had been talking on a cell phone and the other three randomly decided to wait.

We walked out of the elevator. We heard the screeching noise of a black station wagon – they don’t call them station wagons anymore, of course – speeding away. As we walked across this plaza, sirens started going off, and police officers started converging – several careening cruisers, two individuals sprinting wide open, and even a helicopter! – although, thankfully, they didn’t see four sedentary sports writers strolling out in the open as possible perps.

Being the keen observers that we journalists are, we became mildly suspicious that something was amiss. We retreated to the elevator and the press box, made a few calls, and started working on an unexpected story.

And pondering whether, by the fateful accident of a phone’s ring, we had cheated death or injury. Destiny just missed.

ThrillWriters, can you take five seconds to throw some support behind Monte? Go to this LINK and give his book a boost.

You can stay in touch with Monte Dutton: