In this article, we will be looking at two ideas that writers who want to write it right come across. First, how do we write authentically about another culture? Second, once we have done our research, and we know that we are writing in opposition to what our reader understands as true, how do we bring them along with the plot and make the story believable? 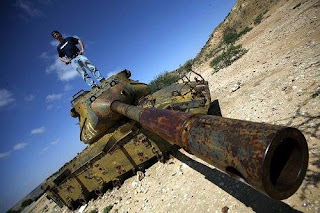 A big welcome to Sean McLachlan.

Sean, can you tell us about your new book and how a man who lives in Spain found himself writing about the west from the POV of Apache Indians?

Sean -
Back in my archaeology days, I spent 12 years living in Arizona. I got to visit a lot of the sites from the Apache Wars, plus excavate at Tubac Presidio near Tucson, where I lived. So I've always had an interest in various Southwestern peoples, the Apache especially. A couple of years ago, Osprey Publishing, a leading military history publisher, asked me to do a book on the Apache Wars. Osprey's books tend to be brief, heavily illustrated histories, so I had a lot of material left over. Since I'd always wanted to write a Western, I decided to write one from the Apache point of view in order to debunk a lot of popular myths.

Fiona -
Popular myth busting is our favorite sport here at ThrillWriting. Can you you share some of the ways that you helped to dispel myths in your book without lecturing your reader?

If they have a paradigm in their head, you have to make them believe your information is more credible in order to keep them agreeing with your premises.


Sean -  Warpath into Sonora is set in what is now Arizona in 1846 and is about a group of young Apache warriors just into manhood who are eager to prove themselves. To do this, they raid Mexican settlements and other tribes. So basically it's a Western from the Apache point of view. Their carefree life disappears when a nearby Apache settlement gets destroyed by a group of Mexican and Texan scalp hunters, who take Apache scalps for a reward from the Mexican government. Under the leadership of their war chief, who has gone insane with the desire for revenge, they pursue the scalp hunters deep into Sonora.

The main myth I'm trying to debunk here is that the Apaches gleefully took scalps any chance they got. Actually they were more often the victims of scalping than the perpetrators.

The provincial governments of northern Mexico offered a reward in gold for Apache scalps—100 pesos for a warrior’s scalp, 50 pesos for a woman’s, and 25 pesos for a child’s. At this time the peso was worth about the same as an American dollar, and thus killing even one large family would be enough to support a scalp hunter comfortably for a year. The scalp bounty in the province of Chihuahua continued as late as 1886, with the notorious Ley Quinto (Fifth Law). Established in 1849, the Ley Quinto offered 150 pesos for each live woman and for each child under fourteen, 200 pesos for the scalp of a warrior aged fourteen or above, and 250 pesos for each live warrior. Slavery as well as extermination became official policy.

Movies and poorly researched novels have consistently shown Apaches scalping their victims. While this was the practice with some tribes, especially on the Great Plains, scalping was not generally practiced among the Apache. Their culture has an aversion to death and Apaches avoid dead bodies, graveyards, and recent battlefields. This is documented in nineteenth century accounts by both the Apache and Americans. Numerous passages written by U.S. cavalrymen relate how the Apache rarely if ever took scalps, and that if they did so it was in the heat of the moment and the scalp was quickly discarded. The Apache maintain that they never took scalps or mutilated bodies before the Mexicans started doing it to them.

Fiona -
So interesting. And I'm assuming you use the plot, inner thoughts, and dialogue to educate as well as entertain your readers.

On the topic of dialogue. How do you construct the Apache's internal and external dialogue to show culture without doing what the cowboys and Indian movies of the 1950s did with their scripts?

Sean -
Dialogue is tricky. It is easy to avoid the grunting savage dialogue of old Westerns, but making it accurate is very hard, especially since this is a full generation before any Apache wrote down their memoirs. I modeled it a lot after the style of the few precious memoirs we do have of Apache from the last decades of the 19th century. Also, what's not said can be equally important. For example, it was a very sexually conservative culture and so the hero, Nantan, and his love Liluye, don't even speak to each other in the entire book. They're not married and so it would be inappropriate to talk to each other much. Of course a lot can be said with eye contact and with actions.

Also there's the misconception of what a chief is. Western cultures, accustomed to Western ideas of hierarchy, would deal with chiefs thinking they had complete power. They did not. They were more like respected specialists. The war chief in the book, Tarak, is the best and most experienced warrior in the group, but he can't command people to follow him, he must convince them.

Fiona -
If writers don't have the benefit of an education and over a decade of interaction with a foreign culture they would like to portray in their book, how would you advise them to proceed. For example, I am about to write a book that includes a man who was born in El Salvador from an American mom and and El Salvadorian dad. I picked a mix lineage so I didn't have to be worried about the linguistic issues mentioned above, but that doesn't mean culture wouldn't shine through. If you were mentoring such a project how, in your opinion, should a writer proceed?

Sean -
Research, research, research. Get thee to the library! Also, Youtube and other video sites are handy too. They help you see the style of talking, physical mannerisms, how individuals interact. And don't be afraid to ask questions. It's remarkable how open people are when you say you're writing a book. For example, in my Toxic World post-apocalyptic series, Chinese-Americans are persecuted even worse than Japanese-Americans were during WWII. So people of Chinese descent take on Korean names to hide their identity. I spoke with a Korean woman married to a Chinese man about Chinese names that could pass for Korean, and also common Korean names that Chinese people with distinctively Chinese names could take on.

Fiona -
Here on ThrillWriting it's our tradition to ask you to tell us the story behind your favorite scar OR a harrowing story that you survived.

Sean -
When I was 19, I went on my first archaeological excavation overseas. It was in Israel, and it was my first big trip alone. While I was staying in Jerusalem, I heard a bomb go off outside my hotel. It was a car bomb in a parking lot near the Damascus Gate. Being young and stupid, I went out to see the wreckage. Luckily, no one was hurt. The police were pushing everyone back away from the bomb site, and I soon discovered why. A second car bomb, in a vehicle parked close to the first, blew up right in front of me. The tactic was obvious: attract a crowd with the first bomb, and then blow it up with the second. Basically that was the world saying to me, "Hey, you wanted to experience life outside your First World bubble, well here it is! Sure you want to continue, Sean?" I did. I've spent much of the past 25 years in the Middle East and Africa and don't regret a moment of it. Well, except for a few cases of food poisoning, but that's just the price of admission.

Thank you so much for sharing.