Through a Different Lens: Plotting with a Photographic Eye


I wanted to introduce you to one of the writers that I met during a recent project, Miranda Martin. Miranda is a country girl, a military vet, an artistic soul and lover of all things science fiction. Today though, we will be talking to her about her work as a photographer and how she applies those lessons to her writing.

Fiona -
You used to be in the military but now you've turned toward an aesthetic life - writing and art. Some of the art includes photography. Can you tell me how you got involved with photography? 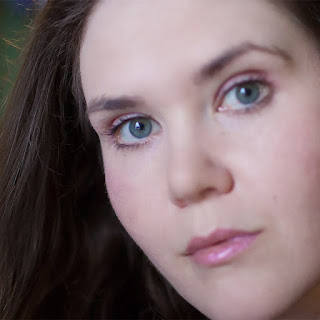 I've always really been into color and aesthetics. In high school I would dye my hair crazy colors and was really artistic. When I joined the military I put all that on hold for a while. When I got out, I had my son, who is now ten.

When he was a baby I was obsessed with taking his photographs. I noticed mine never turned out as well as I wanted them to so I started to learn. I bought myself a new camera, and it eventually turned into a business where I photographed pregnant mamas and newborns. I had a great time!

Fiona -
I've always been interested in the difference between looking with my eyes, and then looking through the lens of the camera. I'd like to ask you some questions about how your experiences as a photographer changed how you focused on a different aspects of your writing.

When you were taking pictures of mother's and newborns, the pose is not the most important thing. Sure, they have to look their best, but as any good photographer does, you were trying to pull out a feeling and to show personality. What tips and tricks, what mind set, what did you do as a photographer to elicit the best photo shoots?

Miranda -
Photography is all about light and setting the scene around you (a lot like writing actually!)

A mother wants to remember her baby being tiny and precious and perfect, so capturing images while sleeping were always the best. A lot of times the babies would have a special blanket or keepsake in the photo. I would try to showcase that.

Mostly, it was super important to have the light and the background just right and distraction free so that all you see in the final photograph is that sweet, precious newborn. In this way, it's a lot like telling a story, you've got to make sure you're showing the important parts by removing anything that doesn't showcase what you're trying to tell in that scene. In this way, the reader can see in their mind the picture you're creating for them.

Applying what you're saying to different kinds of scenes, I would want to make sure that in a scene:
Miranda -
When I'm writing a scene I do what I call "mocking it up." The entire thing scene is a 3D scene in my head, as if I'm observing it in real life.

Now that's too much to put into it, no one wants to read every detail that you observe. I've read scenes where it felt like the author spent two pages describing a tree and yes it makes an image in your head but it also is boring! So I try to see it from the perspective of the character I'm writing from and bring it down to the things that would stand out to them in that moment.

I'm constantly working to improve this aspect of my writing. Especially, since I write romance, I focus on how what they see happening makes them feel. What is their emotional reaction to what's happening? And in that you have to go beyond saying what they feel, it has to still fit into that show.

Instead of writing I felt fear, I write a cold chill races down my spine and my stomach clenches. Things like that.

Similar to setting a scene for the camera, you have to be careful to take out the things that are extraneous. You don't write every step to cross the room, it's boring. You focus on the action of the scene and the emotions of the scene. It's important to realize also that the "action" isn't always guns blazing, swords swinging, etc. It's the two characters trying to understand each other, struggling to express themselves and be understood.

To summarize, it really comes down to me figuring what to leave out more than what to put in. Because I see it all in my minds eye, I tend to put in too much, and I end up cutting on my second pass through, or my editor tightens it up for me.

In photography it's all about what you focus your lens on and everything else frames that. A scene in a story is the same way, what is the focus on that scene, what is the conflict to be resolved and what frames that conflict to make it meaningful to the reader?

The setting can be as much adversary (and often is in my stories, especially my Red Planet series) as anything between the characters but no matter what the setting is a backdrop for the real story, the developing love between two people, that is the real focus.
reading.

Miranda -
Lighting- When I did photography I preferred natural light over any kind of studio. It feels so much warmer and more personal. You get the person in their natural environment and showcase their life for them. I'd find just the right spot to show a colorful yard in the background of a beautifully lit smile. Or a favorite snuggly couch pillow held in the lap, something to show bits and pieces of that person's life for them, so it was more real and more unique to their life.

I loved hunting around people's homes and spaces for that perfect spot near a window that would light up someone's eyes and make a real memory for them.

Fiona -
That sounds like the perfect way to set a scene, to wander, in your mind, through the background and find the right space for your characters' interactions. The thing that would be evocative of the mood you were trying to create. In your writing do you find that you use lighting to strike a mood? Time of day, how the light enters the space through the window, the starkness of industrial lighting? Can you speak to the techniques you use?

Miranda -
I use lighting a lot. My main series, Red Planet Dragon's of Tajss, the setting itself is a very distinctive antagonist. It has double red suns on a desert planet so the heat and the light is an enemy to the poor humans stranded there. I love to use lighting as a focus when I'm describing a scene, especially a touching one, such as when the MMC is watching the FMC sleeping or vice versa and the way the light falls across their skin. It adds a lot, I think, to creating an image in the readers mind.

I've done the opposite of Tajss in my Alva series, which takes place completely underground so its the absence of light or very dim light only that sets the scene and moods. The human females in that setting had to deal with the lack of internal clock as well caused by no sun. In describing any scene I find its usually a key point to set the lighting up even if its done subtly or in passing. The bright sun, the dim light, the soft glow, rainbows dancing off his scales as the light hits them, different small phrases that help paint the picture in the readers mind.

It creates that level of realism, we don't, I think in normal life, pay that much attention to the lighting of a setting but as a photographer I do, it comes to me second nature and it helps me to be aware of how lighting affects the way we interpret what we're looking at.

We may not all do it consciously but it's definitely part of what we process in some part of our mind when we look at something and I would say it affects our reaction to what we see too. A dimly lit room with shadows dancing in the corners and a strange noise would make most of us have at least some sense of fear, minor or major the lighting is a major contributing factor.

Fiona -
Last question, on ThrillWriting we have a tradition of asking you about your favorite scar or a harrowing story that you survived. Would you indulge us?

Miranda -
Haha! Well, I can tell you about the scar I still have to this day because I was a dumb teenager!

My best friend and I were like 15 and at the pool over the summer. We were standing on either side of the deep end and running and jumping in together at the same time. Eventually, we thought of closing our eyes and doing it and that was fun for a bit. Then we decided to switch sides. I didn't take into account that her side was longer than my side and didn't do a couple test runs to get used to it, so that first time, I ran, closed my eyes, jumped and totally hit the edge of the cement poolside with my shin, scraped all the way down and landed on my ankle then fell in the water. It hurt! It was bleeding pretty bad too but neither of us wanted to get into trouble so she just helped me hobble home. We bandaged it up and called it good LOL!

That scar has faded, but it's still there, and I'm 34 years old.

Fiona -
Miranda, thanks so much for sharing with us!

ThrillWriters and ThrillReaders, you can read how Miranda uses her photography skills to paint vivid pictures in her writing.


When you buy our books, you are supporting this blog and helping me to continue to bring you useful articles. We thank you!
Posted by Fiona Quinn at 11:45 AM